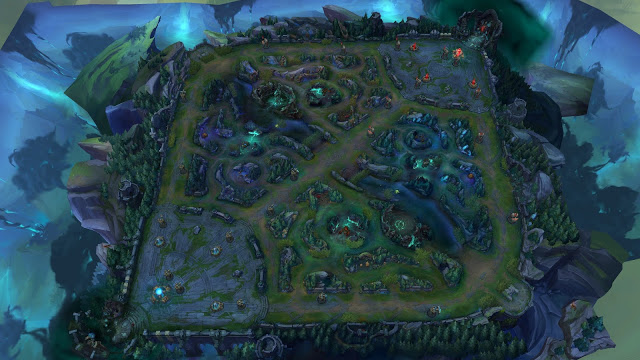 Hannah “HBBONG” Lee, Modes product lead, revealed the new Ultimate Spellbook mode in a Reddit post, adding that it would be available for “extended testing” on the PBE starting today. It will be implemented with the blind pick mode, just like a regular blind pick game on Summoner’s Rift swaps a spell slot with the ultimate from another champion, offering players an opportunity to create combos that have never been seen before.

Players are free to pick any champion they desire without the worry of being banned. Once you’ve loaded the game, you’ll have 30 seconds to choose one of three random ultimates that will take up your second summoner spell slot. While you can’t pick your own ultimate one, there will be a pool of 39 champions such as Ahri, Karthus, Lee Sin and Mordekaiser, etc can lend you their own. Notably, you can’t alter your “Ult-ernate Summoner Spell” once you’ve chosen as it will last for the rest of the match.

Moreover, even if you have not reached level six, the ultimate you choose can be used after a 135-second cooldown. The ability will level up as your champion’s ultimate levels up, while also benefitting from summoner spell haste. Ultimates that only scale with AD will now also scales with AP, and vice versa. On the other hand, ultimates that only scale with Health will now scale with AD and AP as well, making any ultimate worth picking no matter what you’re playing.

Its pace will be similar to the One for All mode, every player starts at level three with higher starting gold, as well as more passive XP and gold and the sharing of minion gold with other laners. Elemental dragons aren’t available in this mode, instead, Mordekaiser’s old drake will take over.

The mode’s release date is unconfirmed, with HBBONG stating that it won’t be released straight away. However, given that the “map looks different,” it will most likely be part of a future event.