New meta: Pro players are building BOTRK with Frostfire Gauntlet and here’s why 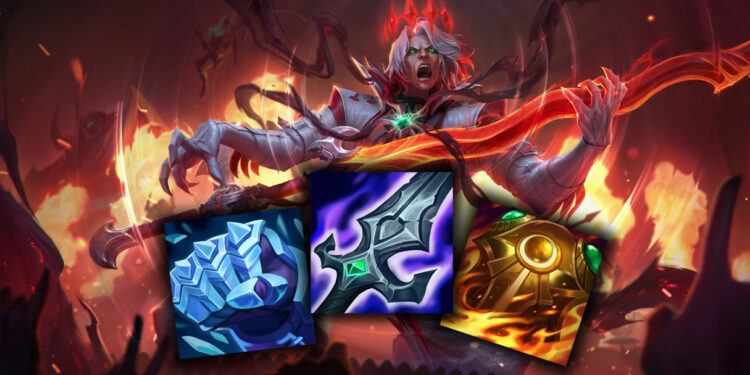 The Durability Updates were kind of a little frustrated to handle, nevertheless, players are adapting to the new gameplay with odd yet powerful meta

League of Legends’ meta changed 180 degrees after the updated Patch 12.10 went live with the Durability Updates. This directly makes the sustainability of every champion increase, thus, leading to longer teamfights and laning phases, especially in the early stages of the game.

At the same time, the strong comeback of skirmishers is also a major barrier that makes marksmen and traditional mages unable to do enough damage in combat.

With Fighters and Skirmishers taking over the roster, pro players are building Frostfire Gauntlet with Blade of the Ruined King as part of the meta, and it turns out to be pretty broken.

After the recent Divine Sunderer changes, Skirmishers weren’t able to make good use of the item as before. Pro players, especially in the LCK, have found a new combo to replace the item, which is the Blade of the Ruined King (BORTK) with resistance Mythic items such as Frostfire Gauntlet or Sunfire Aegis.

With such a strange combo, the champion will surely deal a decent amount of damage with the ability to do damage as a percentage of the enemies’ current health. Combined with the Mythic item, the champion will possess a good amount of resistance that will help him survive long enough to deal some extra percent damage.

If you combine BOTRK with Frostfire Gauntlet, the enemies will have no chance of escaping from you as you will be constantly slowing them down with both items. As for the Sunfire Aegis, the item should be more suitable if you want more damage to your kit as it can deal a significant amount of additional burn damage.

Currently, this new meta is suitable for most Skirmishers that often use auto-attacks as their main source of damage such as Jax, Yone, Viego, Irelia … A famous LoL player SofM also build these items on Viego when facing BLG, unsurprisingly, the build contributes to their victory against BLG with a score of 2-1.