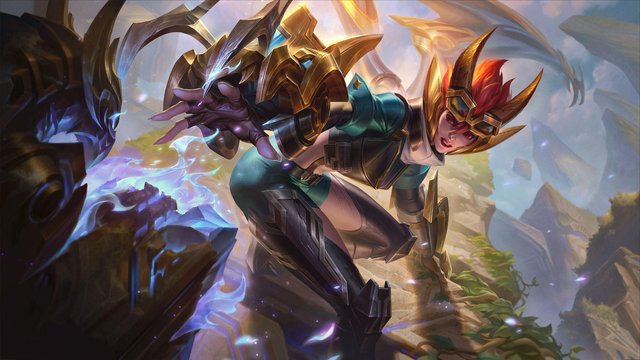 Let’s find out how Shyvana is destroying the top lane in the KR server.

The meta in League of Legends is not something that stays the same. Particularly those who grind the game intensely are constantly searching for the best and most powerful tools within the game. Due to the fact that both amateur and professional players are motivated by the desire to discover what is best for the game, the solo queue environment and professional play are closely related.

The desire to find even the smallest advantages in the game, especially on the KR server, is one of the reasons why you see so many dodges in solo queue lobbies. Because they do not want to stray from the meta selections, the highest-level streamers who play KR solo queue tend to play games that are identical to one another.

What if someone told you that there is someone who benefits by going against the meta? Here is Addy (애디). He is a successful off-meta champion player who streams on Twitch.tv and is currently ranked comfortably in the top 100 of the KR solo queue ladder. Here is a look at how he plays two of his most frequently played champions, Shyvana and Taric, in the top lane. He also plays other off-meta champions, such as Rakan.

Addy uses Press the attack, Triumph, Legend: Tenacity, and Last Stand as his main runes in almost all of his games. Then, depending on the matchup, he chooses conditioning and overgrowth for his secondary runes, along with attack speed, armor, and health rune shards against AD.

Frostfire Gauntlet is typically his first pick for Mythic item. Then, he builds Spellthief’s Edge – an itemization decision that initially seems strange but makes sense once you know how he likes to play. Warmog’s Armor, Ionian Boots of Lucidity [CDR boots], Gargoyle Stoneplate, and Demonic Embrace make up the rest of his itemization options.

Addy tries to play it as safe as he can because his early laning phase is so weak. In order to move his bot pair ahead and secure Drake, who earns additional Armor and MR by obtaining it, he is not afraid to give up waves and turret plates to his opponent’s top laner in bot lane.

After finishing his Mythic Item, Addy promptly begins construction on Spellthief’s Edge. This is a result of his roaming, which gives his squad better visibility and allows him to interact with more drakes. Spellthief’s Edge not only enables Shyvana to cast wards, but it also features AP numbers that work in balance with the AP scaling of her E – Flame Breath. For his playstyle and the champion, it’s the ideal item. In the current meta, the top lane has relatively little impact, so even if he must sacrifice his own resources, he plays to help his bot lane allies gain an advantage.