Olaf’s mini-rework has turned him into a Top lane monster in Patch 12.9 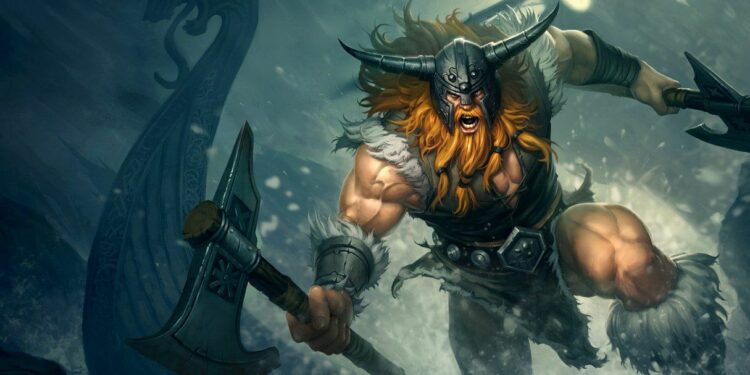 Olaf’s mini-rework has reintroduced the champion into the League of Legends meta, and he appears invincible. The once-mediocre jungler is now a dominant choice in the toplane and in the jungle

The once-mediocre jungler is now a dominant choice in the toplane and in the jungle. Despite being a popular option in pro play, Olaf has been “one of the least-mained champions in League for a time now, according to the devs. The game creators accomplished this by initially reducing his clear speed in the jungle. To compensate, they added some new adjustments to his kit to boost his survivability.

Based on the nerfs to his jungle clear, it appears like his new role on Summoner’s Rift will be in the top lane.

According to LoLalytics, Olaf now has a 53.34% win rate in the top lane across all levels, as well as a 50.47 % win rate in the jungle. This is an improvement over the previous patch, when both of his positions had a win rate of 42.91 and 45.06 %, respectively. He now has the highest win rate in his role across all tiers.

The shredding armor from his Undertow (Q) is likely the best update to his kit, something that was required in his kit to function as an ideal juggernaut with champions similar to Darius.  This helps him to make better target selections in team fights rather than immediately activating Ragnarok and charging into the enemy’s backline.

The second major change is to his Tough It Out (W), which now offers Olaf a shield that lasts 2.5 seconds and is limited at 30% of his current HP. According to David “Phreak” Turley’s patch rundown, this ability is most effective when Olaf is at roughly 45 % of his maximum HP, making him insanely durable.

With pros still waiting to get their hands on him, it’s unknown whether the update will convert to pro-play presence. However, even after LoL patch 12.10’s durability update, Olaf is likely to remain a strong top laner, so Riot better considers some nerfs soon.