Patch 11.18: Riot is going to put Talon, Qiyana and Zed in the jungle 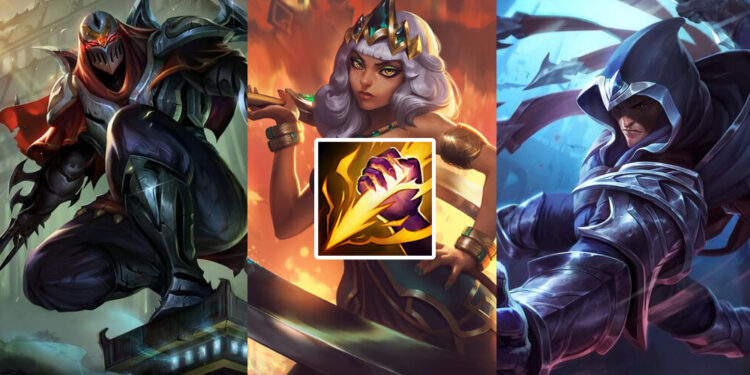 Another global League of Legends competition is approaching, this time it’s Worlds and Riot is doing all it can to shake up the jungle meta, as it has in the past. The game’s balancing team is working to improve the jungling abilities of some champions, particularly those who haven’t been in the jungle much and even has never been in the jungle before in competitive tournament.

Lead game designer Jeevun Sidhu talked out everything coming to League’s jungle position in a preview of League Patch 11.18 Preview, one of the year’s most critical patches for Worlds.

Most noticeably are perhaps the 3 assassin champions in the mid lane, Zed, Qiyana and Talon are having some additional buff to help them deal more damage to jungle camps.

Zed’s passive, Contempt for the Weak, is receiving a 100% bonus damage buff against monster camps. Qiyana is having a 25% damage increase to her Q against monsters, as well as an additional bonus stat to help her clear the camps faster is the increased in her Atk speed, in exchange for her HP regen and damage decreased for her E. Last, Talon is also seeing a 50% damage increase in his W.

Others will see both buffs and nerfs in the upcoming path. Both Taliyah and Lillia will be seeing some big buffs in the jungle, while Lee Sin and Trundle will be nerfed in the competitive gameplay.

Patch 11.18 will go live on 9 September and will act as a warm-up for the game’s professional World Championship, which will take place later this year. Players will also have a chance to experience these changes when the patch goes live.