Patch 11.9 Preview Riot reveals huge nerf to Hecarim, making him from 100 to 0 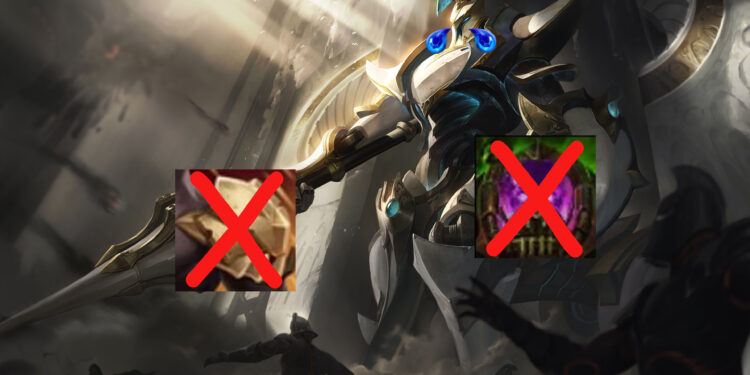 Over the past few weeks, Hecarim has been seen as one of the most overpowered jungler in the entire game. Both in pro league and solo queues, players pick and ban Hecarim automatically as a jungler.

Of that being said, Mark “Scruffy” Yetter, a gameplay design director of Riot Games, has released a preview of League of Legends Patch 11.9 that includes buffs and nerfs for items and champions across the roster. Accordingly, Hecarim is nerfed heavily the most with both of his kit and his core items. Mark Yetter stated that they wanted to shift the power of the tank build so as to make room for a more viable damage build.

In the upcoming patch 11.9, Hecarim’s power is decreased substantially. Here are the following nerfs that Hecarim got:

In addition to those nerf, Hecarim’s core items also got nerfed:

Hecarim would fall out of the next patch as a result of these significant nerfs, particularly at higher levels of play. For some patches now, Riot has been attempting to remove Hecarim from the meta. Riot said that Patch 11.9 would be the third patch out of four to apply nerfs to Hecarim.

Although Hecarim is undoubtedly attracting a lot of interest, Riot can’t help but noticing the dominant of some new champions widening to the role of Jungler such as Morgana and Diana. Morgana is seeing the damage from her Tormented Shadow (W) reduced by 15 percent, while Diana is receiving nerfs to her attack speed and armor per level.

League Patch 11.9 is set to hit the live servers on April 28, according to the official patch schedule.