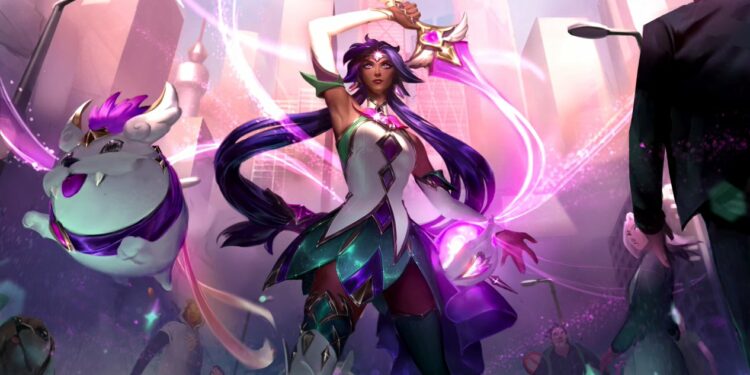 The first professional Nilah selection in history belongs to Excel Esports AD carry Patrik, who chose the “Joy Unbound” in today’s match versus G2 Esports in week seven of the 2022 LEC Summer Split for the first time among all competitive League of Legends players.

According to League analytics websites Games of Legends and Leaguepedia, Nilah had not been selected in a major or minor area League game prior to today. Excel’s experimental Nilah choice, however, was unable to give them the advantage they needed.

In just over 28 minutes, Excel was defeated by G2. Their ADC struggled with his own performance as well. His 1/4/1 score on the day wasn’t nearly enough to keep Excel in the game until the middle to late periods.

With a stunning final score of 9/0/8, G2 ADC Flakked made an example out of Excel’s bottom lane on the other side of the Rift, effectively forming a bottom lane canyon that Patrik and Excel were helpless to counter.

Despite having a kill and an assist early on in the game and even having a gold advantage of up to 1,200 over the opposing ADC at one point, Patrik fell behind after G2’s Sivir-focused composition started to transition towards the mid-game.

Nilah eventually was selected in the LEC after 25 games. With the July 13 launch of Patch 12.13, she was included in the League. Despite being active in all four of the major professional League regions, she hasn’t been selected anyplace else in the world.

Tomorrow against Team BDS, Excel, who are now on a three-game losing streak, will try to keep their playoff hopes alive.