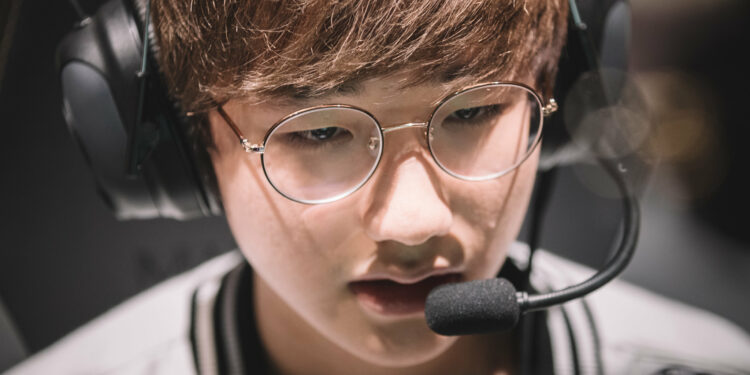 Peanut from Gen.G is amazed at the junglers in China’s League of Legends Pro League

Gen.G is proven to be a highly competitive team due to their lengthy win streak, particularly their recent victory over T1 and KDF, which ended T1’s undefeated run for a long time.

Peanut, the 24-year-old jungler who just won the recent 2022 LCK Summer Split match against KDF, had an interview with Korizon Esports on the differences between his position in South Korea and China.

Surprisingly, Peanut praised the other major region, claiming that LPL junglers are far better for their multiple international titles.

“The LPL has been winning all the international tournaments over the [last few years]. So my result-based analysis is, of course, the LPL is better at the moment”

But what distinguishes the LPL from the LCK is that junglers from the mid and lower tiers are competitive, as Peanut discovered when he played for LGD Gaming in 2020.

“Each [LPL] jungler seemed to have distinctive characteristics, and merits on his own,”

According to Peanut, there is a “big difference” between the LPL and the LCK junglers.  He also disclosed that, contrary to common assumptions, LCK and LPL teams seldom prepare against each other. When they do, they aim to incorporate the best aspects of their opposition’s playstyle into their own.

Peanut went so far as to try to alter his playstyle to be comparable to LPL junglers ahead of the LCK Spring playoffs to be ahead of the competition in Korea.

Peanut and Gen.G will return to LCK Summer Split on Friday, August 5, when they face DWG KIA.