No more Autofill: Player found out a trick that helps you avoid Autofill in ranked games 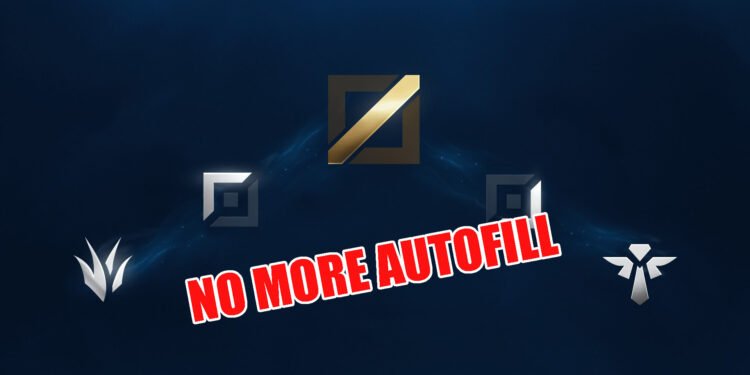 Say no to Autofill

Autofill is a mechanism that helps players quickly find matches in any ranked games. However, if you only play one or two roles, like Top/Mid but the “Autofill” mechanism picks Support for you. This mechanism will push you into the wrong role, causing the game to be more difficult to play.

Reddit user “Thedeefact” used a simple trick with a near-perfect success rate to get around the “Autofill” situation. This trick was discovered six months earlier, according to Thedeefact. Thedeefact was totally free of Autofill in around 200-250 matches and he mostly played one of two of his main roles: Mid or Top.

So how does he do it? Thedeefact points out that: “you NEVER accept a game when the queue timer has gone above the estimated time it says that you will get a game”.

For example: “If I queue and it says estimated time: 1:55, I exit the queue at 1:54 and start over again if the queue hasn’t popped before. And if it pops before estimated time and not everyone accepts, Start over. Same with if someone dodges a lobby”.

If anyone refuses to join a match or leave the lobby, you can leave as well to try a new match.

Thedeefact does not guarantee this trick is 100% successful but he has not been Autofill after the last 250 games. Though at higher ranks like Diamond or above, the estimated time will be much longer than expected so canceling the match seems ineffective. However, at Gold or Platinum or even lower, the time to find a rank game only takes about 1 to 3 minutes.

Mastering all 5 roles is not easy at all, even Faker can’t play all the roles and all the champions considering LoL has changed respectively throughout each season. So the trick given above can be useful in assisting players in obtaining the role they want and hopefully they won’t get “salty” because of Autofill.