League of Legends Preseason 2020: Rammus is almost immortal with more than 4,000 armor from Mountain Drake 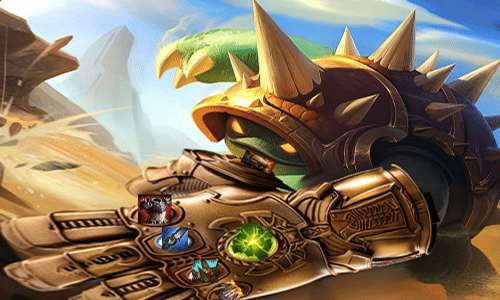 The new Mountain Drake buff gives Rammus up to 4,000 armor

After the changes in the preseason, Mountain Drake will now help us to become stronger with increased armor and magic resistance.

With 8% more armor and magic resist added to each buff, the Mountain Drake will make the team more tough and better resistant in combat.

Recently on the Reddit community, a player posted an experimental video of Mountain Drake with Rammus and it was amazing that Rammus’ armor could increase to more than 4,000.

Imagine you have to hit a Rammus with tons of armor like that, how long will it take you to defeat him, forever?

Of course not, because Rammus will defeat you with that huge amount of armor, and now Rammus is no different from assassins, rolling across the map to hunt for AD or AP.

In addition, in the video, he also shows us how much more the slow area from the Iceborn Gauntlet will be when used with this cancer Rummus:

Many people on Reddit are amazed at what this terrorist Rammus has done:

It can be seen that the new dragon buff are causing the LoL community to stir up with countless experiments. And what do you think of this experiment, please leave a comment below to let us know ^^