Riot delay a lot of preseason 2023 updates and fixes 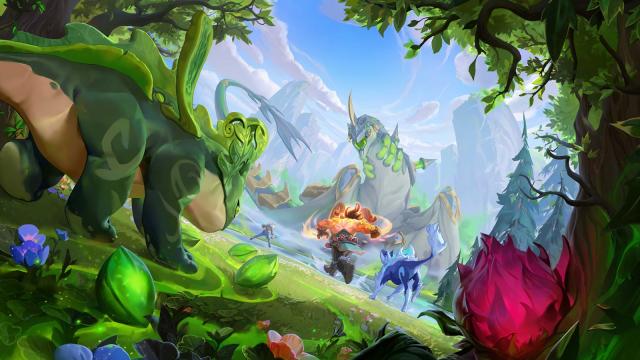 On November 16, the League of Legends preseason formally began. Numerous adjustments have been made to junglers and solo laners since the start of the new preseason on the live servers in order to freshen up the stale state in which the roles have existed for so long. The return of the Chemtech drake, objective voting, adjustments to jungle camps, and extremely powerful tank items have all completely upended the meta, but there are still a few promised improvements that were delayed for the general League community with the preseason patch.

Ward previews, loadout adjustments, Archangel’s Staff and Seraph’s Embrace, and pick order switching are the postponed changes that were intended to be implemented with the preseason patch. The new features won’t have been tested, even though Riot Games probably has good reasons for deferring these updates for later patches. Therefore, it may cause these alterations to enter the subsequent season imbalanced or in poor condition.

So let’s look at all these modifications that were supposed to be included in the preseason patch but weren’t for various reasons. We’ll discuss the delays they experienced (if any are known), as well as when these adjustments might be implemented.

Preseason 2023 has been mostly focused on making the vision of a realistic League a reality, in contrast to prior preseasons that made significant modifications to systems like the item shop and elemental drakes.

In other words, this time around, Riot concentrated on making the required modifications that would aid new players in navigating this mysterious game, rather than releasing a succession of changes that would require balancing and tuning in the future. Additionally, the developers worked to address persistent difficulties with player behavior like frequent target quitting and dodging in high Elo levels. Ward previews, loadout modifications, Archangel’s Staff and Seraph’s Embrace, pick order switching, and other changes will all be delayed and implemented in subsequent patches.

The Riot Champions & Preseason 2023 trailer, which went live on August 12, featured ward previews, a brand-new League feature. When you try establishing a ward, a new feature called “ward previews” will show you the precise location of the ward. Ward previews won’t be available until next year, according to the game designer and [email protected] mod Spideraxe, because the developers still need to perfect this feature. Spideraxe responded, “I believe early next year, shouldn’t be too far out,” when asked if this indicates the feature will be released in the first quarter or earlier.

Loadouts in League function as pre-made rune pages that you can choose from during the pick-and-ban process, and they are intended to be another quality-of-life element. Additionally, presets will provide your champion with the greatest summoner spells possible based on the composition of your team and the opposing team. These presets will probably draw their recommendations for the best keystones and summoner spells from data from high Elo games. To help players stay current with the meta, loadout will probably be updated on a regular basis, much like jungle pathing.

If all goes as planned, loadout modifications should launch with Patch 12.23 on December 7 as noted in Spideraxes’ tweet about the postponement of ward previews. Unfortunately, neither Riot nor the developers provided a detailed explanation of why the loadout was delayed until the next release. Therefore, it stands to reason that the developers wanted to further refine this functionality and make sure it was functioning as planned.

Since the item makeover introduced by Patch 10.23, Archangel’s Staff and its developed form, Seraph’s Embrace, have been in bad condition. In fact, the items were so uncomfortable on mages that champions like Ryze and Orianna chose to purchase Manamune, an AD carry version of the item that grants extra AD. Riot made numerous attempts throughout the seasons to make the item relevant again, but their developers could only manage to make it at least usable.

The balancing team experimented with boosting the item throughout the preseason by raising its scaling and eliminating additional health. Riot undid all of these adjustments because the player base was so strongly against them. The devs weren’t satisfied with how Archangel’s Staff and Seraph’s Embrace turned out, so they are making extra tweaks that will leave the item in a respectable form, according to Matt Leung-Harrison, lead designer on the League team. Unfortunately, we are unaware of any additional information about the item, much alone the release patch. Therefore, you’ll have to wait patiently for this one.