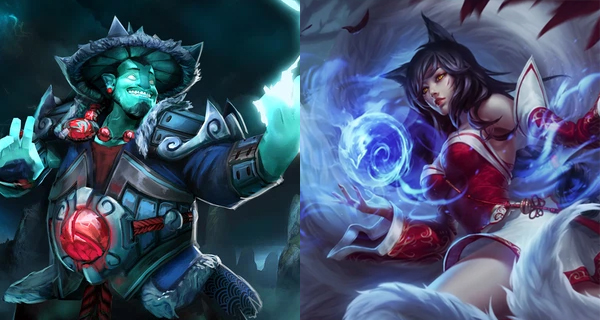 Riot August, the League’s principal champion designer, has revealed some of the “craziest” champion abilities he has ever created or been aware of.

Riot August is currently being on his vacation in the last two weeks and has turned into an incredibly hard-working streamer; instead of playing League of Legends, his major content focuses on addressing gamers’ concerns regarding the champion design process. During his stream on June 18, Riot August discussed with fans some of the “craziest” champ passives/abilities he and his colleagues had ever designed.

To begin with, Ekko’s ultimate, which directly designed by Riot August, used to rewind 8 seconds of the entire game, causing everything from champions, minions, and monsters to reverse back to the previous 8 seconds. “So we have it in an insane team fights, like everybody will cast their own twice, two people would die and everybody else to go back and cast their own again,” he shared.

August’s initial idea for Yone was to give him a strong counterspell to champions with dashing ability. Yone’s original ability was to dash to an enemy every time it dashed. However, this ability caused some significant problems throughout the design process, thus it was removed.

In addition, Ahri’s ultimate used to be a very similar version of the character Storm Spirit from DOTA 2. “Ahri’s ult use to be similar to Storm Spirit. She can dash repeatedly on low cooldown, longer distances consumed more mana. Ahri’s R has this for a bit. Basically, this is before my time by the way so I’ve only heard the story about it,” he shared the story when he first joined the League of Legends design team.

When asked which ability was responsible for so many irritating bugs, Riot August quickly mentioned Lux’s W. Initially, this skill could ship stealthed for allies. This mechanism has remained in place until one week before the release of champion Lux, but it caused so many game bugs that the design team was forced to remove it, according to Riot August.

Looking at Riot August’s shares above, characters such as Ekko, Lux, Yone and Ahri have been tested extremely “broken” abilities, and even Ekko’s ability to literally rewind the entire game is arguably the “craziest” ability available in any game, not just League of Legends. Fortunately, the above-mentioned approaches are not implemented in the live server, otherwise, such champions will be unable to achieve balance.