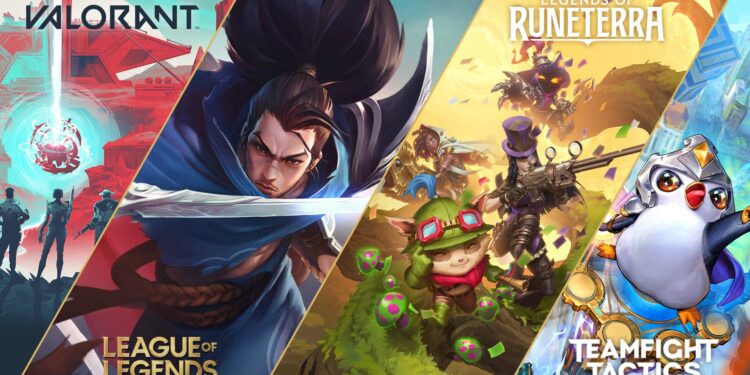 This week, Riot Games is continuing to shake up the video game industry by releasing a whole of announcements ahead of the Worlds 2021 finals and the Netflix animated series premiere of Arcane. Riot is expanding its connection with Epic Games after previously announcing a collaboration with Fortnite.

All of Riot Games’ games, including League of Legends, Valorant, Teamfight Tactics, and Legends of Runeterra, will be accessible on the Epic Games Store starting today.

Steve Allison, general manager and vice president of the Epic Games Store said: “Riot Games is one of the world’s best developers and creators of groundbreaking entertainment franchises,” “We’re excited they’ve chosen to partner with us to bring their titles to millions of new players through the Epic Games Store.”

This is a significant shift for Riot, whose games have previously only been offered for download through the company’s official website. This quick movement in the big developer’s position toward allowing competitors to offer the game is notable.

The massive RiotX Arcane event that preceded the premiere of its animated namesake has also turned out to be one of League of Legends’ greatest promotional campaigns since its 10-anniversary celebration.

It’s clear to note that the transfer to the Epic Games Store will have no effect on how the games are played. The games will still require the new Riot client to play, therefore the launch procedure will remain unchanged. The most significant difference is the increased potential audience for Riot Games.

Riot’s attempt to control every aspect of the gaming industry in the first week of November appears to have been a huge success. All of the games are now available on the Epic Games Store and will remain so for the time being.