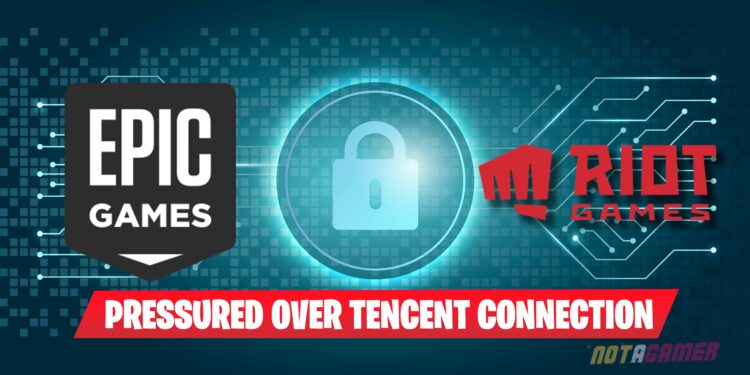 While TikTok has yet to escape the risk of being blacklisted, the US government has also moved its attention to the game industry. Leading companies like Epic Games and Riot Games are under pressure by having sold stakes to a Chinese company which is Tencent. Scroll down to gain more information about this affair with Notagamer!

Although the game industry is not being affected too much before, it is slowly getting entangled in an economic war between the United States and China. TikTok was the first victim when the US Government investigated the behavior of sending the personal data of millions of Americans to China. Yes, they are paying the price, a heavy price. Yet, this platform is under control in the US while an agreement about a restructuring of TikTok (changing the interface, how it is managed, operated, etc.) is still in consideration in this country.

The dispute between these two big companies might last longer. The US Government is currently assessing many game companies including Riot Games (League of Legends, VALORANT) and Epic Games (Fortnite).

Tencent now owns 100% of Riot Games and 40% of Epic Games. According to Bloomberg, these two organizations will likely be forced to provide the Americans with specific information about its online data security protocols. After a great amount of data is leaked, it’s understandable that the US need to dispel fears of data leakage to China once and forever.

“Tencent’s U.S. gaming investments, including Riot Games, Epic Games and Activision. Blizzard may be at risk of forced divestment similar to ByteDance’s TikTok with the Committee on Foreign Investment in the U.S. launching an inquiry on national security grounds. We estimate Tencent’s U.S. assets could be worth at least $22 billion, and account for 6-7% of its sales and profits.” – Vey-Sern Ling and Tiffany Tam, analysts

Aimen Mir, former CFIUS president, previously told Bloomberg as he expressed his concern towards this problem:

“When you’re talking about massive amounts of data, there’s probably something for the committee to look at.”
“The question then becomes is the risk high enough that it actually warrants forcing deals apart.”

More details can be found in this video, published by Bloomberg: