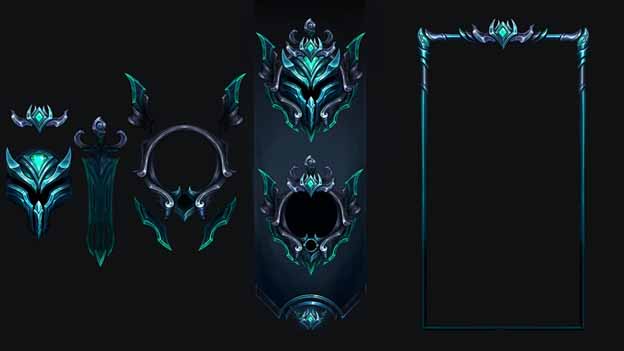 Riot Games is about to revamp the ranking system once again?

Season 10 of League of Legends has passed half a year and during that time, a lot of complaints about the rating system still exist that Riot Games need to solve.

Aside from the typical toxic situation of online games, the way that League of Legends’s score plus or minus each game is not clear is making people extremely upset. Even we record the winning situation and still deducting the already taken place.

So what people need in Riot Games right now is that League of Legends has a clear ranking system, everything is transparent, not a bet on fate anymore.

This requires Riot Games to make huge changes and modifications to both its ranking system.

Even adding a few new rank ranks should be considered as what they did when adding higher rank, not from Diamond directly to Challenger.

And recently, gamers discovered that Riot Games plans to add a new rank, Emerald, with its logo, frame, and icon border being completed by the artist who created the skill set of Sett, Pantheon rework and Senna.

It is worth mentioning that this rank has been applied in League of Legends: Wild Rift, if it works well in the future, it is entirely possible that Riot considers putting it into the original League of Legends.

I hope Riot can find the opportunity to add Emerald rank to main League, it’s currently a new rank between Plat and Diamond in Wild Rift, it’s aesthetics were inspired by the Shadow Isles.

Whether or not the future of Riot Games will bring Emerald rank to League of Legends or not, it is almost mandatory for them to upgrade their ranking system.

Hopefully, they will find a reasonable solution for the hidden MMR status, no one can control it, the ranking is too much smurf and toxic gamers like today.