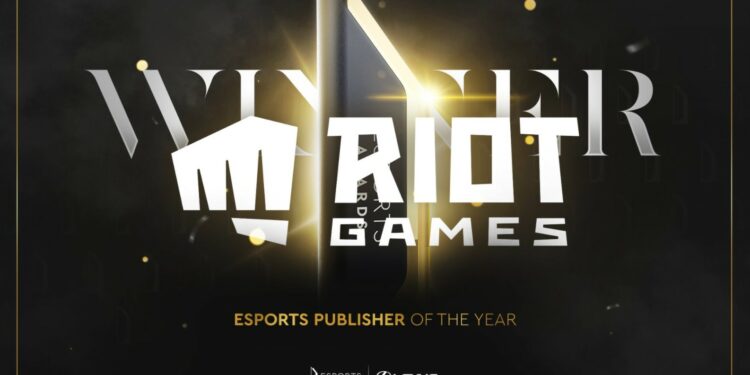 In the recently 6th edition of the Esports Awards, Riot Games, an American video game developer, had a spectacular year filled with accomplishments, including winning the Esports Publisher of the Year award. The developer has a large presence in the global competitive Esports scene through to titles like League of Legends and Valorant.

One of the most prestigious awards in the gaming business is the Esports Awards. It aims to recognize and appreciate the greatest that Esports has to offer in a year through a variety of categories.

This year it was broadcast live from Arlington, Texas’ Esports Stadium. The winners were picked by a group of judges and players from throughout the world.

The title “Publisher of the Year” has been awarded to Riot Games. All the nominees for the title are also in the category:

The company also received the ‘Broadcast/Production Team of the Year’ award. Riot Games has a number of significant publications in the last year that have earned it this award.

Valorant, the hugely popular 5v5 competitive FPS game, was published in 2020, and the Valorant Champions will be held in Berlin next month. At the Esports Awards 2021, the game was also awarded “Game of the Year.”

The success of Arcane was also a big hit, hitting number 1 on Netflix in many countries, regarding their first effort into animated TV series. Arcane, a League of Legends show, just finished its first season and has already been renewed for the second.

Riot has continuously produced high-quality storylines and titles for fans to immerse themselves in. These awards are truly a fitting reward for those efforts.