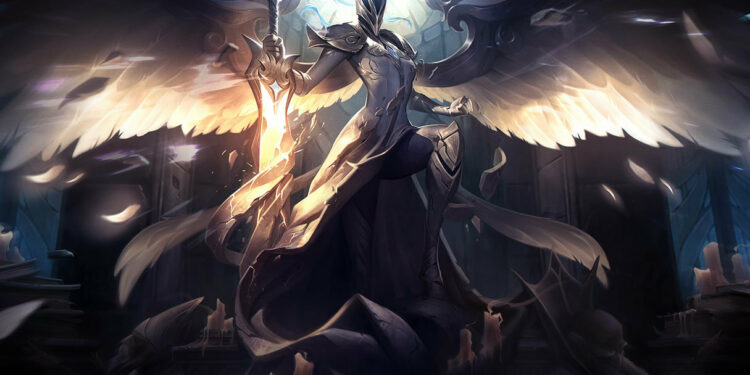 Most League of Legends champions can compete in early-game circumstances. Kayle stands out since she has absolutely no redeeming traits at the beginning of the game. She relies heavily on levels and items to be useful, but her late game is lethal. Kayle is one of the most difficult carry champions to choose.

With that said, the devs are looking in ways to buff her ult so that she can slide her way back in the meta.

Unlike the other patch previews provided by Rioters in advance of major changes, these buffs have been presented as exclusive. While there is a chance they may not be implemented, the Kayle buffs August is suggesting would drastically affect the way the champion is played.

Her ultimate currently does not allow her to continue auto-attacking when she is invulnerable. This means that a Kayle player cannot continue to generate DPS while using the ability to stay alive.

The size of her ult AoE damage is also being increased to sync with her auto-attack range. These buffs would completely eliminate that trade-off, making Kayle invulnerable while still doing massive late-game damage. Regardless, she will be vulnerable to CC for the duration.

Because the VFX on her ability would take time to develop, it may be a long before we see these modifications impact live servers.  The champion, on the other hand, is likely to get buffs in the near future.