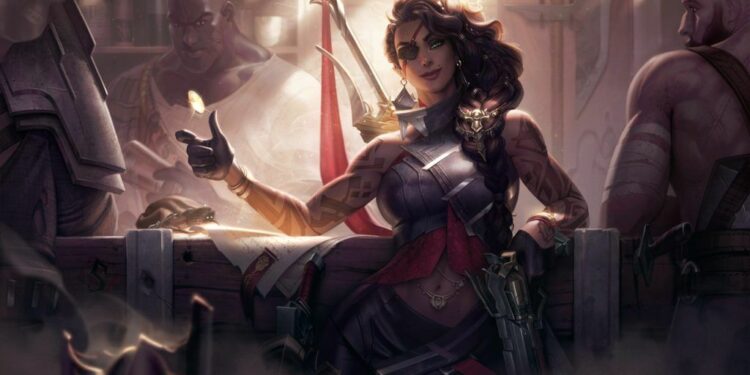 Samira has been rampaging through League’s solo queue ever since her release, thanks to her massive AOE damage and her immense survivability through her W and the lifesteal on multiple targets on her R. Riot is planning to implement several adjustments to address the problem, though how late these changes are, early feedbacks have been luke warm.

These nerfs might prove to be excessive initially, so expect her win rate to drop significantly, and some buffs might be granted in the following patch after this one to maintain her viability, considering how popular she is.

One of the most severe nerfs to her abilities is the ability to use her Wild Rush [E] on allied units. Currently, Samira is able to rush into the fray, doing her 200 years of game design experience flair, and quickly mount a retreat to a nearby ally once the ability is reset upon a takedown. After this patch, Samira players have to make more judgments on when to go in – because once committed, there is no way to get out this time.

In addition, the dash speed is lowered from 2050 to 1600 so her opponents can have sometimes to react to her engage. Champions with displacement abilities like Janna, Alistar, and Thresh will fair much better against her in the next update than ever before. Draven, another Noxian champion with a tendency to show off his flair, can also be used as a marksman pick to counter Samira since his Stand Aside [E] can disrupt her initiation, putting her in a vulnerable position.

Her ultimate, Inferno Trigger, is also slated to receive a denting blow to its cooldown, from a mere 3 seconds to a whooping 8 seconds. This nerf ensures that no matter how well she snowballs – she will not be able to secure a Pentakill as easy as before. On live server, her R has such a short downtime that even if it is interuppted, a skilled Samira player can activate her R again by stacking her passive fast enough. Besides, her R also funtions as one of her survivability tool – she lifesteals a great deal during its activation should she affects multiple targets with it. This nerf should be very detrimental for her performance.

The rest of her kits is going to be receiving of some mild hits as well. Her passive has its bonus damage from 7.5 to 3.5% total AD ratios – which means going into melee makes less of a difference in total damage dealt now. Her Wind Wall tool has its duration reduced from 1 s to 0.75 s – and 0.25 s can make a difference between life and death in clutch situations. Not much is done to her Q, though the changes are still there. AD ratios at early ranks is nerfed for less lane presence, to prevent her from snowballing too easy.

Overall, Samira will be greatly weakened should these changes make it all to live. To skilled players, however, the Desert Rose can still bear some sharp thorns – if played properly.

Follow us on notagamer.net for more League of Legends related news