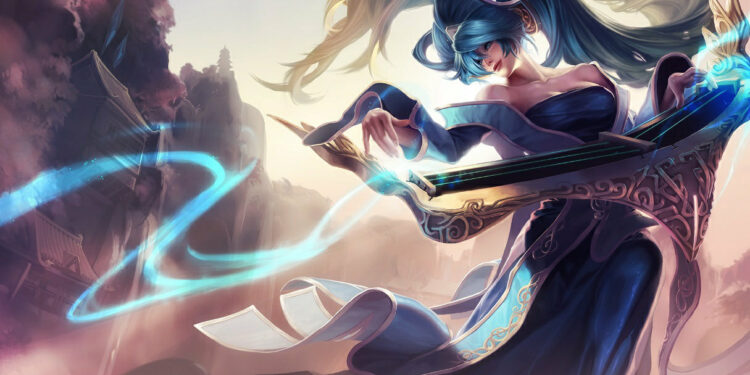 Following Xin Zhao’s footstep, Sona is the next champion to get a mini rework in the next few patches.

Lead game designer Jeevun Sidhu today highlighted a few experimental Sona changes. Riot is aiming to “cement her hyperscaling fantasy in a way that doesn’t solely rely on needing lane farm” due to the preseason item system overhaul was more unfavorable to the support champ than its initial goals.

Sidhu clarified that Sona’s current mechanics for restoring mana appear to punish players rather than reward them since not playing with allies. The potentially experimental buffs would remove the mana refund mechanic from her Q, W, and E, no longer restoring mana after casting the ability on an ally. The abilities would have a smaller mana cost as well.

On the other hand, Sona’s ultimate passive (Crescendo) currently has a cooldown reduction mechanic on all of her basic abilities. However, these changes would completely remove that passive. In order to make up for this, her new Resonance character passive would allow her to permanently stackability haste whenever she damages an enemy or assists an ally with her ability. There would be a limit to convert stacks into bonus AP for each ability.

To conclude, players now can easily scale with Sona thanks to these changes. As a support, she will get more power from the adjustments, but also can be more viable as a mid-lane pick.