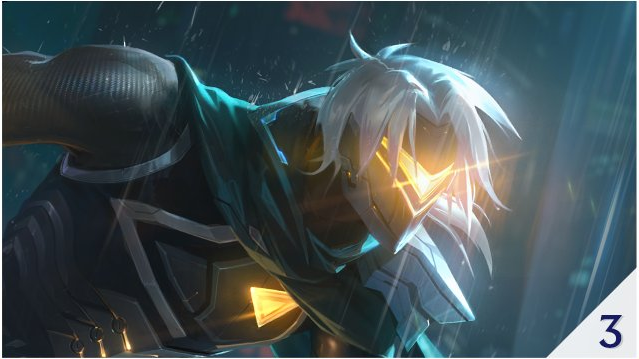 To celebrate Varus 9th birthday, Riot teased to League of Legends fans of the next PROJECT skin for Varus in a new happy birthday post on Twitter. According to the post, it seems like Riot have an additional concept for Varus to join the skin line.

The post, which includes nine photos of Varus’ skins, asks fans what Varus should wear to celebrate his birthday. Except for the third alternative, which is a splash art for an unreleased skin that players have never seen before, almost every other picture is an existing skin for this champion.

Unfortunately, the original post by Riot from @LeagueOfLegends was taken down for some reason, but players didn’t hesitate to capture the post.

Looking at the new skin, the design and concept of Varus in the picture actually has a similar concept to any other PROJECT skin such as the glowing facemask and the glowing upside-down triangle on his chest.

As for the lore, there are 4 individual part of the PROJECT skin universe, those can be include: Central, the PROJECT Command Line, G/NETIC and the Outsiders. We don’t know for sure what factions he might be in or maybe he can join in the new 5th faction.

If he is to join the PROJECT skin franchise, he will be the 18th champion to own this skin franchise. Varus will also be wearing his 8th skin since his debut back in 2012. It’ll be fun to see if Riot makes an official announcement soon now that we’ve seen a preview of it.