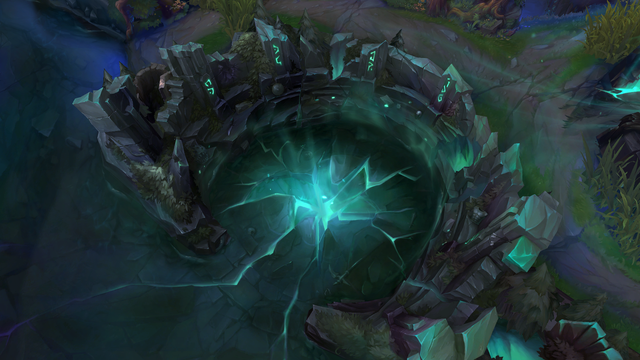 The introduction of the Ruination event is even said to change the entire perspective of the League of Legends storyline universe.

Recently, Riot Games has revealed the first information about the new game mode of League of Legends with the keyword “Ruined King“. Almost 99% of this game mode will be the content of the event related to the Ruination. Even in the latest move, some rumor sources also assert that this will be “the biggest event in the history of League of Legends”, more than the Burning Tide event back then.

This event, temporarily called the Ruination, will include a series of story updates, game content, and the launch of one or more new champions that are directly related to Viego. And on top of that, the unveiling of a brand new game mode at Summoner’s Rift.

Some of the first images of the new Summoner’s Rift map have appeared on the test server. It can be seen that a mythical area of the Runeterra universe has been swallowed by the black mist, with creatures and terrain completely corrupted.

Currently, it is not clear how the Ruined King game mode will bring changes compared to the familiar traditional game modes on the old Summoner’s Rift, most likely this will be a variation similar to Blood Moon Hunt – A game mode that debuted at Summoner’s Rift before, where players could only use Assassin champions to compete against each other.

Notably, both Dragon and Baron’s visuals have been changed in the Summoner’s Rift version of Ruination, and this could be a sign that new and interesting mechanics will appear in the mode. If this rumor is right, it is expected that the Ruination event will officially be launched soon in the next few patches.