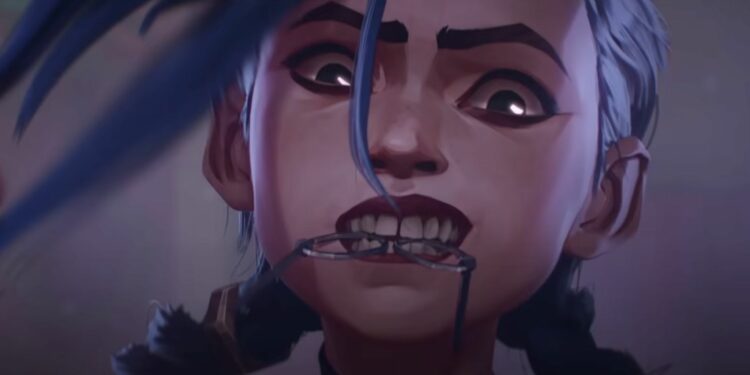 Arcane was the blockbuster League of Legends TV program that swept over Netflix in 2021. However, amid changes to the streaming service’s animation side, worries regarding Season 2 have been raised. Riot has confirmed, however, that Arcane Season 2 will still be launched.

Netflix’s first-quarter earnings in 2022 astounded investors and the general public. The streaming behemoth, which had expected a 2.5 million increase in members in the first three months of 2022, instead lost 200,000 owing to the suspension of its service in Russia.

The single worst day in Netflix stock market history occurred on April 20, when its share value plunged from over $350 USD to $226.19 USD at closure – its lowest since January 2018. According to reports, Netflix’s market capitalization fell by $54 billion.

Big decisions were taken in the aftermath of the announcement. The platform’s animation offering was quickly reduced, with a number of important roles eliminated and prospective projects canceled.

According to The Wrap, this includes the departure of Phil Rynda, Director of Creative Leadership and Development for Original Animation, and his crew. Projects such as Bone and an adaptation of Roald Dahl’s The Twist were also canceled.

This year, it also swept the animation honors in Hollywood, taking home nine Annies, a near-record total in its 50-year history. It’s even in line for an Emmy nomination in 2022.

The news of Netflix’s animation layoffs worried fans, who were wondering if Arcane Season 2, which is now in development, would be impacted.

Riot has verified with Dexerto, however, that Arcane is protected from the Netflix animation cutbacks owing to the structure of their agreement with the streaming site.

According to a spokeswoman, “Riot completely produces the series” while just handling the distribution contract with Netflix. Arcane Season 2 is still in the works, thanks to the collaboration of French company Fortiche, albeit no release date has been set.

Riot did not respond when asked if they would consider a new distribution contract in light of the recent Netflix departures.

It’s no wonder that Arcane is gaining more attention—the nine-episode League series dominated mainstream culture following its first broadcast. Throughout its three-week run, it remained at the top of Netflix’s best-rated programs list, and it received nine Annie Awards in March.

The series won over both seasoned League players and new viewers. The program has a “fresh” 96 percent rating on the prominent film and television ranking site Rotten Tomatoes. It has a Metacritic score of 9.3 out of a possible 10 based on 837 reviews. The show’s cataclysmic last episode, “The Monster You Created,” set a new high watermark with a 9.6 rating on IMDB from 14,730 reviews. This places the series 229th in all-time rankings.

Arcane Season 2 is planned to continue the tale that began with Jinx and Vi, with League of Legends champions Jayce, Viktor, Caitlyn, Ekko, and others slated to appear.

Beyond Arcane, Riot is also working on other projects in its cinematic universe.