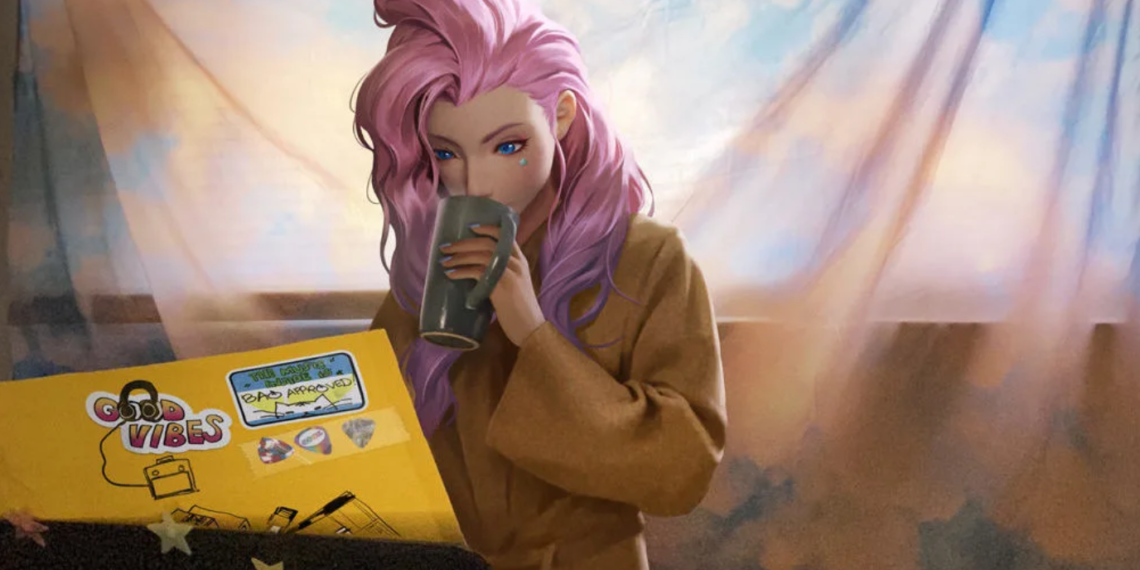 Fans of League have found Twitter, Instagram, and also Soundcloud of Seraphine. Going through her Twitter, fans caught up many small and cute music pieces of Seraphine. A couple of days ago, she posted a 17-second-length record of her sweet voice singing happily on the guitar bass.

Clearly you can see that her posts revolve around her day-to-day life being a musician. She even has posted her own cover of “Childhood Dreams” by ARY, showcasing her musical talent. The original song is licensed by Universal whom Riot has recently cooperated with for Worlds 2020. With Indie music, she has shown up her special young voice! The song can bring happiness to everyone, especially children!

Seraphine will collaborate with KDA in a new product?

But it’s all the old news!! Recently, fans all are very surprised when having caught sight of a new cover of K/DA’s POP/STARS in her social network accounts! This cover is the first time that she posted something related directly to League content.

As you can see the hashtag, “#kdaisback”, maybe Seraphine tended to reveal a part of secret! The video has nearly reached 400k views only on Twitter just in half of a day, so she herself must feel the hot level of her now in League Community! One more time, the beauty in her voice going with the high-quality beat has been conquering fanboys’ hearts around the world!

As you remember, in 2018, K/DA performed POP/STARS for Worlds Championship. The virtual band has 4 members: Kai’Sa, Ahri, Evelynn, and Akali. In real-life, K/DA is performed by musicians such as Jaira Burns, Madison Beer, Miyeon, and Soyeon. K/DA exploded into the music scene with their hit song “POP/STARS”. But it’s not the end of it when the K-pop group not long ago announced that they have come back together and will be pre-releasing a new single on August 27.

There’s no official information yet, but the heat has been raised up dramatically. The League of Legends community would explode if Seraphine ended up having a feature in a future K/DA’s song!

So from now, let’s start following our new POP STAR on her various social media platforms to check out the newest activities and keep an eye on her, maybe her song will make you fall in love with her someday!