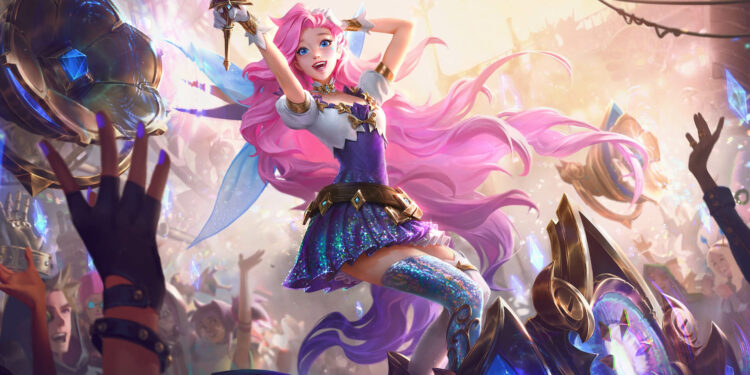 Due to the preseason complete overhaul of the item system, various gameplay has been invented in season 11, and Seraphine ADC is no exception to this chaos-meta.

What makes Seraphine becomes so overpowering in the recent meta is that she can make such good use out of the combo: Moonstone Renewer – Staff Of Flowing Water. The champion can also combine with other buff supports such as Soraka, Karma to ensure extra safety laning phase. By the time the bot lane duo (Seraphine and another buff support) get the same Moonstone Renewer – Staff Of Flowing Water combo, your team would possess a monstrous amount of recovery ability in team fights.

The outstanding thing about playing Seraphine as an ADC is that she can rush the combination of Moonstone Renewer – Staff Of Flowing Water at an early stage of the game as these two items are too cheap comparing to the amount of income she can get from farming safely. As a result, since you have complete your items before your enemy, even those are support items, you will always have a stronger impact on the team fight than the other side.

Despite being dominant as an ADC for three consecutive patches, Seraphine got just a slight nerf in her W passive damage and base shield. Every lineup with an ADC Seraphine is much easier to win the match, even if she doesn’t deal much damage overall. Obviously, that’s not fair at all to the other marksman champions since they still have to pick up extremely expensive items. Therefore, this Piltover singer should receive proper adjustments in her stats so that she is no longer too strong in the ADC position.