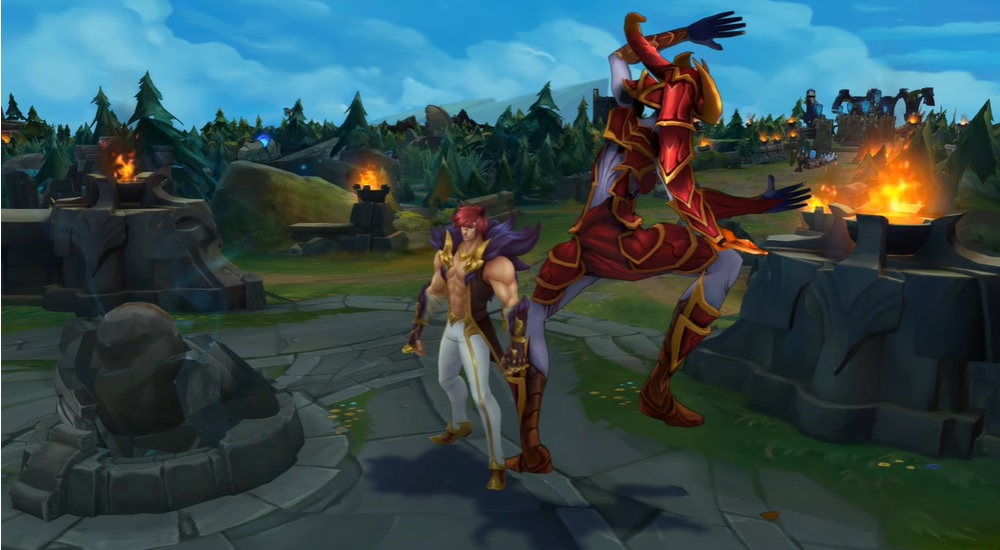 Recently, there is a bug about Sett’s Ultimate where the victim will be stuck with Sett for the whole game.

Sett – The Boss is officially released in all the LoL servers. Not so long after his release, there is this hilarious bug where the enemy will be stuck under Sett after taking Sett’s ultimate.

Even though the enemy is stuck with Sett, they can still attack him. For example, Blitz at 0:23 in the video below.

After receiving feedback from the players, Riot tries to fix the bug instantly. However, they only fix the visual part of the bug (kind of). When this bug happens, instead of sticking under Sett, the victim is now stuck next to Sett.

If Sett recalls, the victim will also follow him to Sett’s Base… Or if the victim dies after Sett uses his (R) on them, they will still be stuck and respawned wherever Sett is.

Killing an enemy will never be this easy with Sett!

He can Ult someone, then goes straight to his base to kill the enemy again and over again.

In PBE, players said that this bug has been there for the whole month since Sett first came out in the PBE. Riot Games confirmed that they are going to fix it. However, only a part of the visual was updated, the bug is still there.

Fun fact, you can also active this bug as Sylas. Here is how to do it:

Just like that. Then, BAM! now you have “captured” the enemy and “locked” them with you successfully until the end of the match. This bug is still available to active. Therefore, you still have a chance to try it out and have fun in a blind pick match.