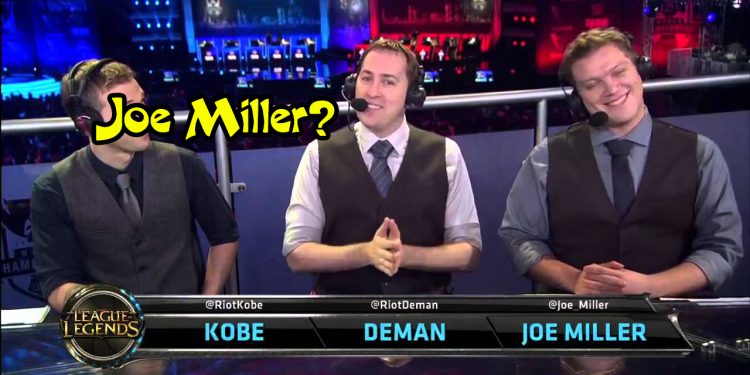 Recently, Criss Fowler-a former employee who worked at Riot Games spoke up about sexual assault behavior of a former Caster of the LoL EU.

Specifically, Criss shared in a Twitlonger, about the series of events that have been lasting for a long time, since April 6, 2014 – The moment she just joined Riot Games.

Criss shares that she has not been brave enough yet to tell the names of the people who harassed themselves, but with the data being revealed as the situation, the community immediately found the suspect: Caster Joe Miller, who played Caster’s role in the 2013 – 2014 period and is currently the Director of Talent development of Esports ESL organization.

Syndra Can Steal Your Nexus in Nexus Blitz 2.0

According to Criss’s share, she once entered Riot Games to work with her boyfriend (Riot designer), and in the first party, “former Caster” mentioned above has approached and had a slumping touch, such as putting his hands under her skirt, as well as touching her body.

It’s taken me six years to talk about this

The first time it happened to me was April 6, 2014. I had just received my verbal offer from Riot Games, but was still waiting to sign my contract. It was my first real job in the game industry, and initially, it really did feel like my dream job at my dream studio.

I had only moved to Los Angeles from Louisiana that prior November, so I was beyond thrilled to start my new job and make some cool coworker friends who played a game I loved.

My ex (a former Riot game designer) and I were hanging out when he was messaged by some EU Rioters who were in town, drunk, and wanted to crash our party. Again, new job, new coworkers – I was nearly shaking with excitement at meeting these people. Two of them were famous shoutcasters, and the other was a cute girl – all from an EU team.

We sat in my ex’s living room for a while, drinking cinnamon-infused vodka he made, chattering about League of Legends, esports, Riot gossip, and Game of Thrones. I was really new to drinking so I found myself caught up to the newcomers’ level pretty quickly.

The cute girl and I hit it off and ended up on the balcony mutually flirting while she smoked, and then one of the EU shoutcasters (no longer working at Riot) walked out and inserted himself in between us.

Later, the guy was exposed to her on social media and gave a solicitation for sensitive issues, in return, he would help her develop in the field of Esports. Criss later learned and discovered that not only her, but many other female staffs of Riot, were also harassed in the same way.

“Former” Caster did not hide his perverted intentions when asking Criss to participate in his incestuous. Criss added that she reacted fiercely and even called other victims to accuse him. This causes the harasser to give up the intention.

While the incident occurred in 2014, but the reason is that until now, the new Criss Fowler stand out to accuse that guy of harassment, which is due to the development of the female protection movement and the anti-sexual harassment behavior in the Esports village, which is now being enjoyed and has a big impact.

Before that, as we has talked about, the HenryG’s male Caster: GO is also the newest name that sticks to these scandals, when he is accused of sexual abuse by ex-girlfriends. And the privacy of LoL, for sure you are also not strange to Mayumi – former female player of INTZ recently sent the petition for reasons of being sexually harassed by the male team for the time of the INTZ.

Criss Fowler has said that the abused, harassing, and abusive women in Esports frequently happens, and she also advises others to protect themselves and not to dream about Esport.