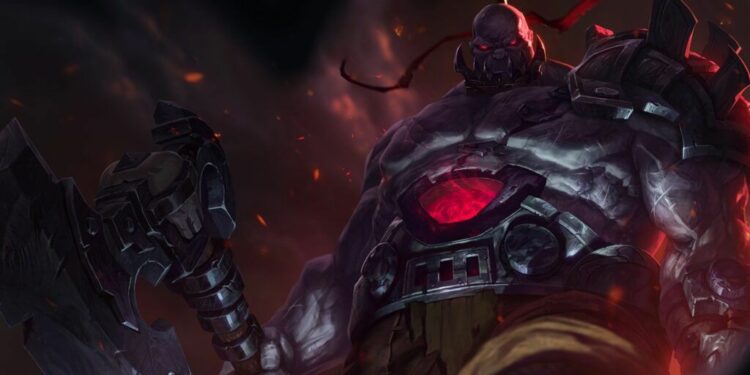 Preseason – a great time for bugs, this time, it’s Sion turn to get one.

With its 10th anniversary coming this year, League of Legends marked its name as one of the best Online Games to be created by far. However, in recent years, Riot Games made many players feel that they were far more focused on marketing and social media than the real quality of their “golden chicken” – League of Legends.

On the 25th of November, a member with the username u/IAmGewb had posted a very noticeable video on Reddit. The video showed short combat between Urgot and Sion on the top lane with both champions at level 2. After died for the first time, Sion became invisible, disappeared from both the map and the minimap, he then granted movement speed as if he was using his Ultimate.

What worth mentioning is that, when he finally approached Urgot again in his invisible state, he couldn’t use any of his ability and then eventually, died for a second time. Being taken down in only seconds made him lose so many of his advantages in an absolutely unreasonable way.

Moreover, this isn’t the first time a bug like this occurs in League of Legends. Earlier this August, a bug where Nunu’s W become invinsible also made many players feeling disappointed as well. Maybe, as League of Legends continue to develop, such problems will always occur and Riot will have to deal with problems in a more efficency way or else, they will lose a huge part of their fanbase.