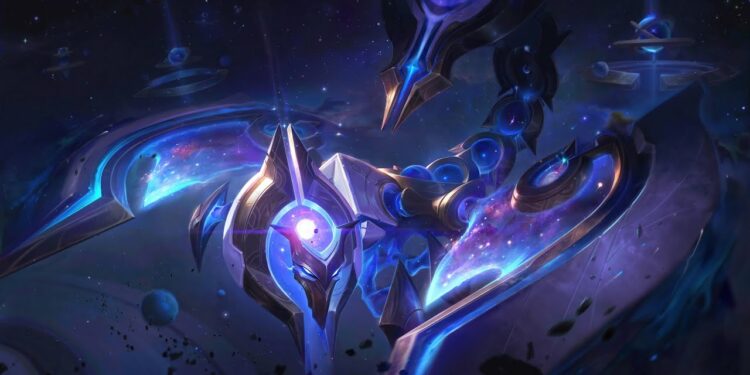 The unstoppable is now stoppable with Skarner.

Skarner is one of the most underrated champions in League of Legends as he provides a strong gank, decent clear speed. His Ultimate is a unique skill in the game as it allows him to drag an enemy champion towards his movement, moreover, this Ultimate can stop the (unstoppability) state of many abilities, including Malphite’s R with a special interaction.

Skarner is a champion designed for the jungle position with simple and practical gameplay. Therefore, although it is quite effective in flash fights, it is not very popular with players. Because of its unpopularity, Skarner’s interactions are sometimes a bit new to many people. Recently, a Reddit account noticed and summarized Skarner’s interactions with different champions while in the “Unstoppable” state.

Specifically, we can see that the following “unstoppable” abilities are interrupted (sometimes not interrupted but the target is still forced to move with The Crystal Vanguard) by this champion’s Ultimate:

Although it only happens for a moment, but if the player is alert and predicts the enemy’s ability, highlights with The Crystal Vanguard will be so satisfying to watch.