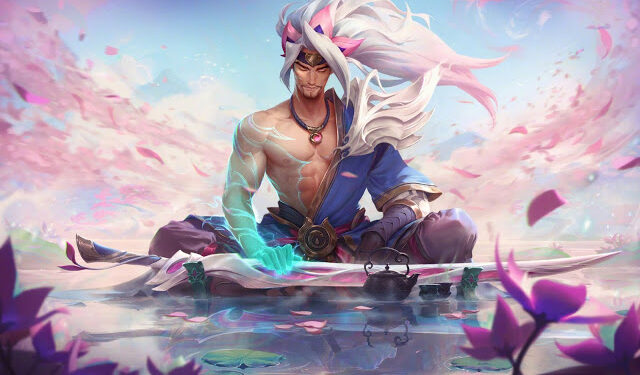 Teemo, as usual, appears as a gleeful cute innocuous harmless hamster yet causing others to tear their hair off playing against him. The Spawn of the Underworld now takes the form of a festive critter playing the flute. Riot probably took some inspirations from several Japanese folklore for this one. Also, Teemo will be given a Prestige Edition variant for this skin, despite not being explicitly told by Riot before unlike other 2020 prestige skins.

Yasuo, Vayne and Thresh, despite having new skins not a long time ago (Yasuo and Thresh had TRUE DAMAGE and Pulsefire, respectively in November 2019, and Vayne and Thresh were both in the FPX gang, released in April this year), will also be included in the Spirit Blossom line up. This will be the first time Thresh appeared as a corporeal being.