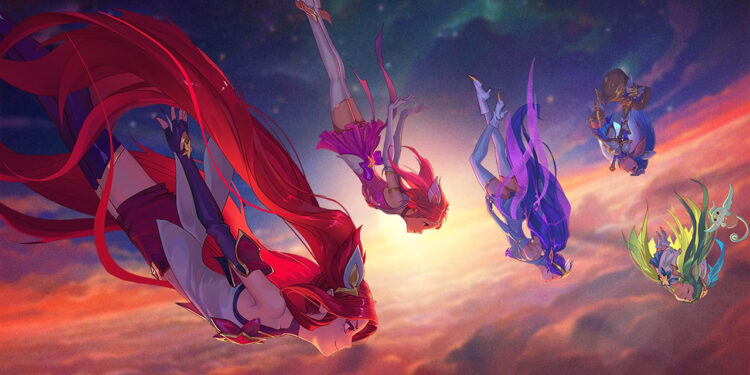 Riot seems to reuse the successful formula of the Spirit Blossom event for the incoming Star Guardian skins.

Throughout recent years, Riot tend to annually create a huge event with several minigames to introduce their new skin series, like Spirit Blossom or Sentinels of Light. This year, Riot is apparently choosing Star Guardian for their project in season 12.

Specifically, a few hours ago, some data-miners found multiple latest images of the Star Guardian event with many champions: Akali, Taliyah, Syndra,… Their outlook and leaked conversations showed that Riot had decided to “mimic” the previous Sprit Blossom event. The community also gave a lot of positive comments to this decision from our publishers.

Another well-known data-miner named Big Bad Bear announced that he had found much “evidence” about Star Guardian Kai’Sa, Ekko, Rell, Morgana, and Sona. Bel’Veth – our incoming champion, is even said to be having a new skin in this series. About Rell, she was accidentally leaked in Riot’s video, so she is almost definitely appearing in this new event.

This year, Star Guardian is probably lasting in 2 patches and players will have more to earn as many gifts as possible. According to all this information, we completely have the basis to guess that Star Guardian will be the largest event in 2022.