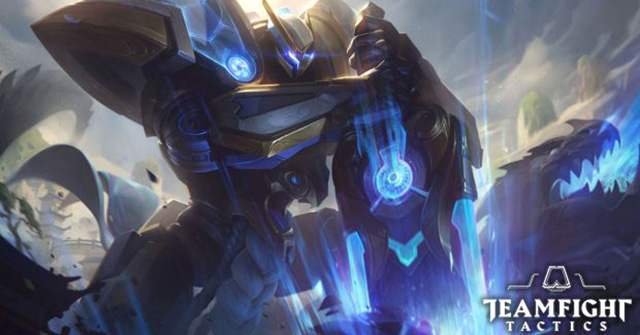 After update, a lot of people still go with old metas and haven’t realized that there have been many new team comps to try in TFT now!

After the big update in the middle of season for TFT, people seems to forget the Mech-pilot, among lots of new team comps. It’s also because of the disappearance of Kai’Sa, a main carry with a lot of damage and her versatility, that lead to a different way to play this team comp, and nobody plays it again. Perhaps you can see some variants like Mech with 6 Sorcerers.

However, challengers will never ignore this trait because of the enormous power in the middle game and can change the situation very well. Therefore, some excellent players have found out the way to put other main carry units into Mech-pilot team like Viktor, Cassiopeia to ensure damage dealing. If you reach chess 9, you can add Aurelion Sol to maximize the damage amount, or stop at level 8 and use Gangplank to carry your whole team!

5-gold units all have overwhelm power to the other ones, with their powerful skills. Some hazardous players have taken risk to “Fast 9” and then find and upgrade 5-gold units to turn around the situation. Basically, it’s a more expensize version than Aurelion Sol – Protectors before, while having the knock-out ability of Urgot and Ekko.

According to K3soju (professional TFT gamer of Cloud9), you only do this team comp while you can not have a great begin, strong team comps in meta have been used by others. You need to manage your health and gold so good to reach level 9, and still enough resources to roll for 5-gold expensive units.

TFT: 5 Powerful Cards that you should have in your Squad!

It’s a new trait to TFT, and also is julged not very high because of normal strength, and the difficult play style depends on Urgot. It’s the more dangerous version of Cybernetic. Instead of gaining health and attack damage directly, your champions have to reach the condition to use the power or the trait.

However, with skilled gamers, this is a playable trait. While many people don’t use it, it means chance is higher for you to upgrade the unit to the highest level. Moreover, Battlecast units all seem really strong. If you can pass through weak beginning and reach to 6 Battlecast soon, the power will be opened up!