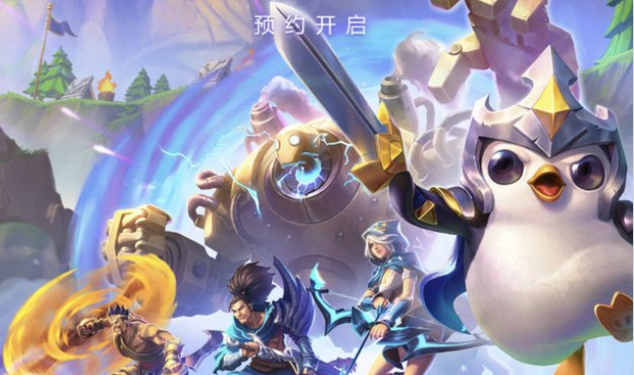 The most recent information surrounding the Chinese version of TFT has piqued the community’s interest and attention.

Earlier this week, on July 13, the League of Legend community in general, and the TFT game mode in particular, were overjoyed when a new game was launched, however, it was a Chinese-exclusive version, and it appears that the players are only playable on LPL regional servers. It should be noted that this game style is quite similar to LOL Teamfight Tactics. Tencent is the official publisher of this game.

This new game is called “Battle Of Golden Spatula,” according to Daniel Ahmad, a specialist in the Asian game industry. The game has been approved for release by Chinese authorities, and registration has begun.

Not long after that, Daniel Ahmad also answered some questions in the comments.

In addition, when a netizen complained about Tencent continuing to find ways to “making money” from gamers, Daniel Ahmad had to remind that “… Tencent owns Riot Games”.

The gamer community also has a lot of opinions. Some think that the new game is quite similar to season 1, some realize that there are skins that have never appeared, for example, Graves’s skin is quite similar to Warring Kingdoms’ skin line, or Gnar in a sand-related skin…

Hackers have successfully held Riot Games’ code and their responses

However, besides curiosity and eagerness from gamers before this game, some others expressed quite negative opinions. Most of these opinions are still confused about the similarities between the new game and the familiar League of Legends TFT.

It’s not compatible with the existing game, I won’t play it. Tencent is really doing too bad

First, this version of the game will not be compatible with the PC version. You have to buy the stage, champion and skin separately. Second, the lineup will not be the same as on the PC version. You can like it or hate it depending on how you feel, but iOS users won’t have a chance to play the beta because it only has an Android version, even users using Hongmeng (Huawei’s operating system)

Currently, if the new game is an exclusive version of China, then most likely, gamers can only play it when they login to the LPL region. This may make the game not really receive too much attention when regions like EU, NA, or LCK also have a large number of League’s TFT players.