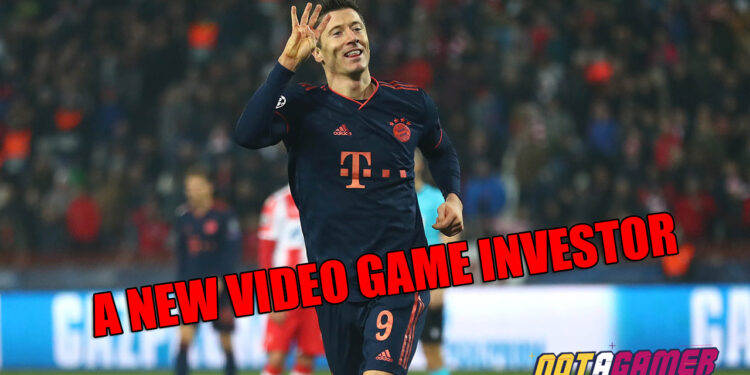 Following David Beckham, Robert Lewandowski will become one of the shareholders of a company founded in the next September, which specializes in producing sports games

According to Reuters, the Movie Games company confirmed that they had signed a contract with the top scorer of Bundesliga, Robert Lewandowski on 6 August. This Polish forward has had 34 goals in Bundesliga 2019/20 and he is becoming a shareholder of a sports video game company founded this coming September.

Low labor costs, a large number of young employers and players have helped Poland to currently become the leader in video game industry. Moreover, blockades due to COVID-19 of Polish governments also contributed to the popularity of video games in this country.

“I have seen the enormous potential of this field” – Lewandowski said on the NewConnect Exchange in Warsaw, the capital city of Poland.

According to Mateusz Wczesniak – CEO of Movie Games, the outstanding experience in football of Lewandowski will be incredibly useful in producing sports games.

As a current top scorer of Bundesliga 2019/20, Lewandowski has had 34 goals after 31 matches for Bayern Munich and this is obviously an impressive number. Additionally, he has totally had 51 goals after 43 matches in all leagues, including Bundesliga.

However, Lewandowski is not the first famous football player who has been investing in video games after seeing the huge potential of this market. In 2016, the legendary Brazilian former football player Ronaldo Luis Nazário de Lima decided to buy 50% stake in CNB Esports Club, a well-known professional LoL team in Brazil. In June, the famous English former midfielder David Beckham founded an Esports company named Guild Esports located in London. His Esports teams will debut this fall and are expected to take part in Rocket League, FIFA and Fortnite pro leagues.