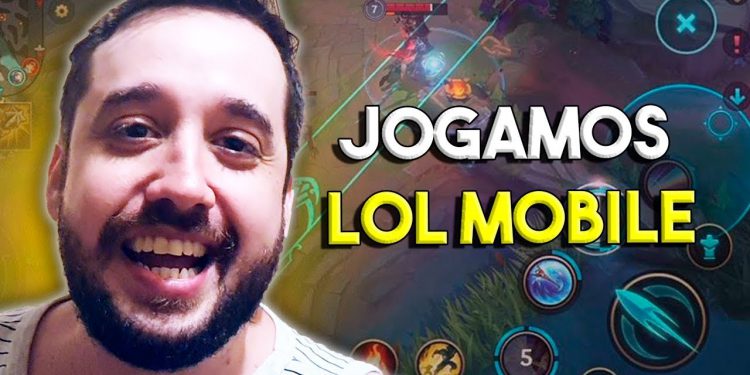 Gamers in South America have been testing the League of Legends Wild Rift right after China, and have given themselves valuable reviews on this game.

After China, Brazil and South America is the next area that Riot chooses to release a test version of Mobile War. This can be considered a surprise when many other regions with strong League of Legends community such as Korea, North America or even Southeast Asia are not selected.

The biggest player in this area is Akumoto, who specializes in Arena of Valor content has the opportunity to test out the League of Legends Wild Rift and give their opinions below (as a MOBA mobile player):

The gameplay was extremely perfect and exceeded all his expectations.

A match in Wild Rift lasts about 20-25 minutes. Meanwhile, the Arena of Valor matches were about 12-15 minutes, this is a plus point.

Wild Rift will have a slower speed than the Arena of Valor and Mobile Legends. Akumoto thinks this speed is reasonable when it’s not as fast as the AoV and not as slow as the League of Legends PC.

Only buying items when recall, Akumoto thinks this is an interesting feature, requiring players to have tactical calculations, such as knowing when to clear minions on the way and then recall.

The beta does not have jungle items, even if you choose additional Smite. But they will certainly be updated in the future.

Jinx and Nasus will be exactly like the PC version.

Akumoto plays on an iPhone 8 Plus, and the graphics settings are excellent when the FPS stays at a stable 60.

Regarding the Ward mechanism, the ward placement is predefined on the map and players can only plug their Ward and stand long enough at that location to activate the eye plug. Each player can only activate 2 Ward maximum at a time on the map.

The fog is perfectly designed, even more than the mechanism of the Arena of Valor.

Akumoto was told by Riot that the beta will come first to China, and then some other countries.

Riot has been following Mobile Legends and Arena of Valor for a long time, and they think that they won’t make the same mistakes they make again.

The game will absolutely not Pay to Win. And Akumoto also said that the skin in Wild Rift seems to be cheaper than the same type in Arena of Valor, but this is only shown in the Brazilian version, it is not clear if other areas are similar.

Akumoto concluded that he now looks forward to League of Legends Wild Rift. And the experience he has tried so far has far exceeded his previous expectations with this game compared to the Mobile Legends or Arena of Valor.