The League of Legends community is fed up with Nexus Blitz 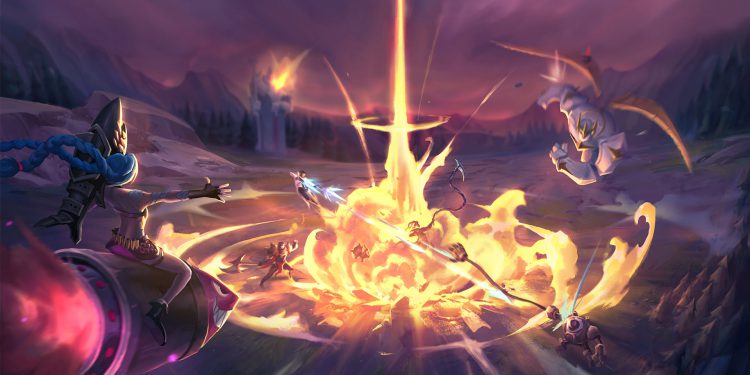 The League of Legends community seems to be dissatisfied with 2020 Nexus Blitz mode.

The Spirit Blossom event has been extremely good so far as all the outfits and upcoming ones are successful, the minigames are fantastic and we should expect more from this event as Yone’s about to debut in the next patch. Even the fact that Riot Games describes itself as an anime company excites a lot of gamers.

While Nexus Blitz map with the Ionia theme is incredibly beautiful, it’s just like a beautiful shirt to cover up the fact that Riot created it quite superficially and has no intention of letting the Nexus Blitz remain in the long-term. The community also realized the “downfall” of this mode after a while.

“The Downfall of Nexus Blitz & Some Stats

According to Lolalytics, the player base has dropped 70% from its peak 1 week ago and the amount of game is continuously dropping day by day. I feel like this year will be no different than the introduction of Nexus Blitz in 2018 as Riot will not maintain this Gamemode permanently. What are your thoughts?“

Some nexus blitz items are just so inanely strong on tanks.

EDIT: Also the matchmaking SUCKS. Easily the worst balance in teams ever in any game I have ever played. Dynamic queue on steroids.“

League of Legends is a champion-built game, so that each character in the game has different power thresholds that will affect the game. Nexus Blitz, though, made the snowball game incredibly fast, as one side was almost powerless because their strength threshold had not come and given up when the other side won too easily. This combined with Riot’s poor matchmaking system made this mode more imbalanced.

Furthermore, there are hundreds of errors in this mode, just counting those noticed by players, and making this “fun” game mode no longer true to its significance. It is worth noting that Riot Games made no improvements to the game mode. Even previous modes, such as URF, have also been modified by the publisher so that the game is not too difficult for players.

Maybe Riot should take care of this mode a little bit more, at least not make the difference between the player’s level is too great as it is now.