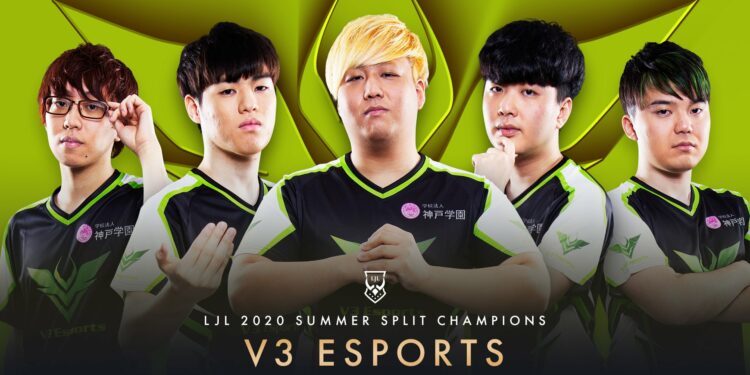 Just a year prior V3 was the (Japanese) LJL’s representative at Worlds 2020. So where did it all go wrong? Well ever since Worlds 2020, really. The team collapsed at the event, going 1-3 and getting instantly eliminated in the Play-in round 1. This prompted their star ADC Archer and MVP Jungler Bugi to leave the squad following the event in October 2020

They remained regionally relevant for a year. However they began to go on a losing streak for 2 months, and on 7th of October 2021, the management decided to promote their entire academy team to the main squad. The team had gone undefeated in Academy division of LJL, but the main division of course is a League of its own (pun intended *wink). They also lost their star ADC Marble to Fukuoka SoftBank Hawks.

Dresscode came in to replace Marble, but he couldn’t hold a candle to his predecessor. V3 would get an early and midgame lead thanks to the effort of their Jungler Yunika and Mid Eugeo, but always failed to close out the games and take the enemy nexus. Such a shame because ADC is supposedly the LJL’s best position.

Thus a disastrous losing streak started August 14 2021 with the old squad, continued with the freshly promoted academy team, and finally ended yesterday, August 5 2022 when they finally managed to take down AXIZ in the LJL Summer Split.

It seems that the months of August and October both hold a special meaning to the Japanese team. As they look back, V3 had already lost 39 games in a row throughout almost a year. Ouch.

V3 were just 3 games away from sports’ worst losing streak ever.

The honor belongs to Shanghai Dragons, who went 42 games without a victory in Overwatch League 2019. They were 0-40 in the league’s inaugural season, and after losing 2 more finally edged out a win against Boston Uprising in the 2nd season.