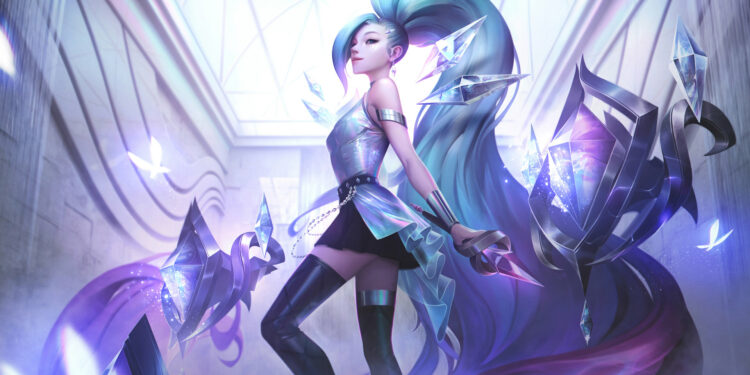 There are some champions have really distinct, unique abilities… even though you read their abilities again and again, still, they are pretty tough to understand.

Ekko was released back in May 2015, at that moment, he had created a surprising shock wave with his abilities in the League of Legends community. One of the most exciting unique abilities in his kit is definitely his Ultimate – Chronobreak. At first, when this skill was teased, we might all share the same expression, was this… too broken? How this “rewind” mechanism would work in Summoner’s Rift? What kind of advantages this ability would provide?

After Ekko’s debut, he was still one of the most unpredictable champions in League of Legends. He had dominated the Solo Ranking scene for quite a long time, standing at the top of every ban/pick chart. Came with it was a high win-rate thanks to his extreme mobility, AOE crowd control, feels like a true mage assassin, deal Percent Health Damage, and don’t forget, his best out-play tool: Chronobreak.

Talking about Qiyana, Riot did a great job making the community became ultimate “depression” when they released multiple fast-paced action teasers. In the champion trailer, with her unique abilities, she frequently became invisible, fought everyone she saw, and created stun all across the terrain in the Summoner’s Rift. Hard to understand, hard to get used to, back in the past she used to be compared to Invoker – a hero originated from DoTA 2. Until this day, if you don’t really understand how her unique abilities work, she can still one-shot you.

Yes, talking about unique abilities and shockwaves throughout the community, how can we forget this guy. Normally, every champions’ skills can be narrow down in a short video, but not Aphelios. He is something… different. The part when Riot had to explain the differences, how to use, how to change, and even how these guns work took them much longer than normal champs. The Weapon of Faithful requires players to really focus in order to maximize his damage.

Only by noticing his Passive, we have already known how confusing he made. When Aphelios’ first debut, no one really knew how to properly use him or even counter him.

We could also refer to “200 Years” memes of Riot. They are extremely creative and Aphelios is a champion that we all need to refresh hours of hours we have put into League of Legends. However, with such a unique abilities, Riot may never make a champion similar to him once again.

Even though Seraphine hasn’t been released yet, her debut is really near. Aside from her debut was prepared really well, she would also become the only champion who receive an Ultimate Skin as her first one. Not to mention, her kits can also be considered “unique abilities” when there are obviously 2 sides on the Internet: one thinks she is “Sona 2.0” and the others claim you really have to try to feel her.