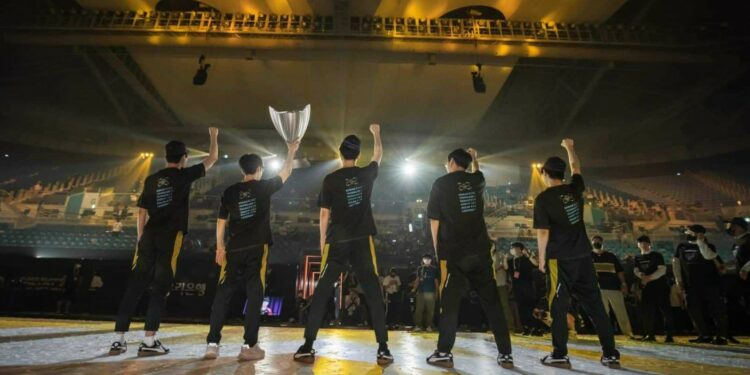 League of Legends Worlds 2022 is shaping up to be one of the most competitive tournaments in recent years. This is due to the extremely top quality of the teams that have competed this year.

Before beginning, it should be stated that the list is situational and that everyone is entitled to their own view and rating.

It is also important to note that the teams featured below are chosen based on their current status, player quality, and Summer Split outcomes. As a result, it is always conceivable that some will do better or worse once the tournament starts.

There is little question that, among all the teams competing in Worlds 2022, JDG has the best chance of winning the championship as the crowned champion of the LPL Summer Split 2022. The team presently has the most skilled players, and the way the meta is evolving will help it in the end.

JDG’s toplaner, 369, is now the greatest in the world in his position, giving the team a significant edge. Kanavi, the team’s jungler, has demonstrated tremendous versatility in the role. Finally, JDG’s midlaner, Yagao, has been in terrific form recently, displaying solid synergy with his toplane and jungler.

LCK has always been a strong region among League of Legends, and Gen.G has dominated the whole area, including a 3-0 victory in the finals.

Chovy, Gen’G’s midlaner, is one of the top-mid0laners in the world, and he demonstrated during the Summer Split that he can have an influence outside of the laning phase as well. His split-second judgements and dominance against champions like Azir will be crucial to the team success.

Because of his mechanical abilities and decision-making, Ruler is sometimes regarded as the world’s second-best ADC right now. Ruler has a large champion pool, which offers him a lot of options.

This allows Gen.G to easily shuffle about its draft, making it difficult for the other side to make counter-picks.

Of course, we cannot exclude T1, the 3-time World Championship. T1’s Summer Split at League of Legends’ LCK was not great. Even against the most difficult of opponents, the team struggled at times.

T1 is still one of the better teams in the competition and has a good chance of winning it all if they follow the meta. T1 prefers off-meta choices as a response to some of the strongest in the current patch.

If this flaw in T1 is addressed, there is little doubt that, with the exception of the ADC, T1 has some of the top players in every other position. Faker is still recognized as one of the greatest players of all time, and he is an excellent team captain that can lead the team to their 4th World Championship.

EDG had a rather underperformance Summer Split, but it is undeniably one of the best in the competition.

EDG is a really tough team that understands how to grind out results. The team is also the defending World Championship, thus it will have more experience than most of the other teams.

EDG isn’t the cleanest team, and their gameplan is frequently rough. However, even at the 2021 World Championships, the team shown that they are incredibly savvy when it comes to teamfights, and this has not altered to this day.

Top Esports, the runner-up of LPL 2022 Summer Split, is the final team to be evaluated on this list. This team deserves to be on the list solely because of the quality of its players.

Players like Jackeylove, Tian, Knight, and Wayward are some of the most informed players in the world, and the squad is frequently able to make out results through some heroic individual efforts.

Audiences have remarked, however, that Top Esports frequently excels via individual brilliance, and that the talent disparity with other teams makes this lineup a major danger.