TOP 5 champions have been buffed in patch 10.6: Mid lane champions began to be “favored”. 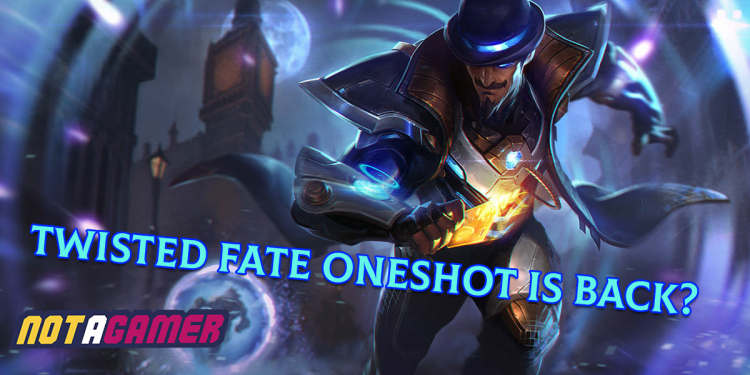 Twisted Fate is worth playing in this patch.

There are quite a few changes in this 10.6 patch, but the most changed is still the series Mid lane Mage and many of them are familiar. Let’s find out more about this!

Twisted Fate is a notable name in this version, with his Pick A Card – W being buffed. More specifically, the AP ratio has been increased from 50% to 90% while the Red Card is 50% to 60%, making Twisted Fate stronger in the end. While buffing the Red Card power primarily helps Twisted Fate to clear the minions faster, the Blue Card makes him a true oneshot machine in late game.

Xerath is truly a mid lane champion when all four of his abilities are capable of dealing damage, and another good point is that they are all oriented skills so it requires players to hit the skill. In this 10.6, Xerath also slightly increased the damage of W and R, and thus the ability of the champion to evaporate the enemies becomes even more frightening.

Kindred has been adjusted quite a lot in recent seasons but this girl has yet to return to the jungle like the golden age. To assist Kindred in the early game, Riot has increased the healing ability of W, as well as giving Kindred a bit of basic stats increasing AD and mana regeneration. Kindred’s ultimate has also been greatly enhanced for healing, but this is a double-edged knife when the opponent can also take advantage of this regeneration ability when standing in the ult with Kindred.

Marksman champion with a low pickrate, Draven has been slightly buffed in this patch. His W has been increased by 10% movement speed at all levels to help this champ have more hit and run situations that kite opponents and capture axes more accurately than before. This is also a Marksman champion that you can confidently solo with any champion, very suitable for the ranked matches.

After being nerfed due to her dare to climb up to the Top lane, Soraka now has a slight buff. Her Q skill has an additional 10 healing points at all levels, and her movement speed has been increased by 5% to regain her mobility as before. Hopefully Soraka will remain in the bot lane to be a support champion that protect everyone, not run around in other lanes for the whole world to hate more.