Top 5 Lowkey Builds in Patch 10.21 We Recommend You Try 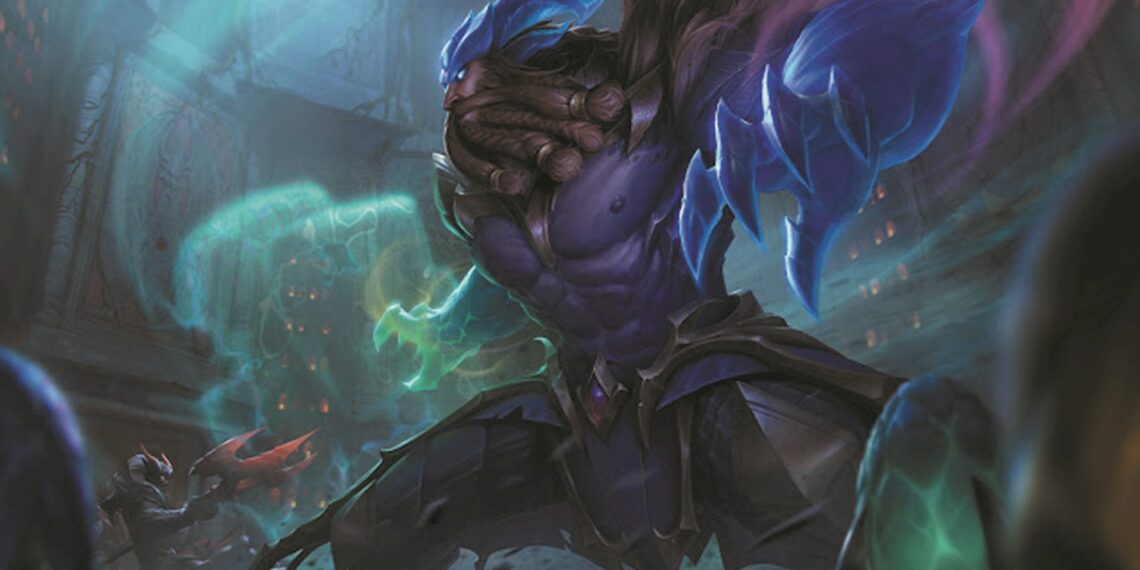 In Patch 10.21, Riot tuned down a few strong champions that have been quite dominating in the past. Grabbing that opportunity, let’s try some lowkey builds! All the keystones and items build are taken via KoreanBuilds.net.

The one champion that we may all have thought he has completely vanished in League of Legends’ matches recently has received a buff in Patch 10.21. Riot increased his R – Phoenix Stance damage in order to bring him back to the jungle. Somehow, Korean Pro Players figure out a totally new build for Udyr on top lane.

By skipping Tiger Stance – a skill we always think about when we want to trade in the early stage of the game, Udyr now will focus more on AOE Damage skill benefited by the Phoenix Stance and some hefty shield provided by Turtle Stance. Udyr’s main item will mostly be Frost Gauntlet and then you go full tank to maximize the amount of sustainability you get from the Turtle Stance. Also, this way you will also be able to survive much longer in huge, 5v5 team fights.

With the shield and tanky items, it will make Udyr extremely tough to kill. Also, the additional damage given by Phoenix Stance is not something a traditional tank champion will never be able to create. His era may begin in Patch 10.21.

Being one of the strongest champions on the lane in this recent meta (we could even see her in Worlds 2020), Camille can create even more potential with Prototype: Omnistone keystone. Camille is one of the most suitable champions if you really interested in this keystone. She did receive a minor nerf in Patch 10.21, she is still a really broken pick.

How can she be that great with Omnistone you asked, well, from bursting your enemies down like an assassin with Electrocute and Press The Attack, to hefty, long team fights with Conqueror, she fits every situation. Even with Aftershock or Grasp of the Undying, they are still pretty great for her, lots of pro players actually run Grasp when climbing on high elo. If you want to create some outplays, Phase Rush or Predator can help her out.

Great in 1v1 situation, the outstanding split-pushing ability also with her Ultimate – The Hextech Ultimatum can isolate carries in your opponent teams. Camille is such a great pick for anyone who really wants to climb the ELO ladder in Patch 10.21.

We don’t know how, but somehow, Taris is now jungle-able in Patch 10.21. Even though he is a support champion, he can actually deal more damage than you can possibly imagine.

His passive – Bravado can deal tons of damage in the early stage, also, this spell gives Taris bonus attack speed making him clear jungle camps pretty fast. If he doesn’t lose his Blue Buff in the first jungle route, he actually can infinitely spam Q – Starlight’s Touch, therefore, heal much better and trade much better. Bringing Press The Attack will easily be activated and deal with incredible damage to your opponents or Phase Rush to crush their markmen.

One of the weirdest/cheekiest choices in the Jungle, if use in the great hand, he often runs Electrocute or Dark Harvest to increase his damage. In Patch 10.21, we notice a totally new build – Hail of Blades.

Shaco has lots of pros with this build. His main objective in a match is catching their hyper carries or flanking any off-guard enemies. With Hail of Blades and Sanguine Blade, Shaco can deal out tremendous damage in a short moment, both from auto-attack and abilities.

Mid lane Rumble is not a new choice, but Conqueror this time will be a blast. Conqueror is not the best keystone to use every time, but in some specific match-ups, it will shine such as facing melee, love-trading champions like Sylas and Yasuo (Sylas is coming back to Patch 10.21 due to Caps highlights). It will provide decent damage as well as healing ability to help Rumble out, in the end, he is still a melee champion.