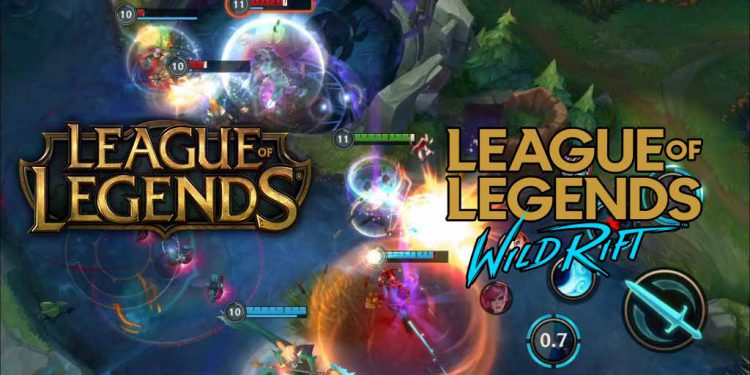 League of Legends: Wild Rift is a product developed by Riot Games based on the popular PC version of League of Legends. The game is currently under construction and has already been pre-registered on iOS and Android.

Besides the eagerness of the users, there is still somewhere, some things that League of Legends players hate at Wild Rift. Let’s see what they are.

The skills of champions have been changed

League of Legends: Wild Rift was built with the desire to optimize League of Legends to suit the mobile environment. Therefore, many of the skills of the champions have been changed to be easier to control (typically now able to drive the Ulti of Ashe to use it most accurately).

However, each change has two sides to the problem – these changes can bring convenience or disadvantage, it is not until we are playing to know.

The goal is to make League of Legends as simple as possible, so some changes such as easier farm, the map will be symmetrical with each other, faster respawn time…might affect the game balancing process – a problem that was inherently difficult to do on the PC version.

Lack of customization in the activation items

However, Riot Games does not want players to be distracted by a bunch of on-screen trigger buttons. So they will integrate some of these effects into the upgrade of the shoe, so in one game, gamers have to choose what they need rather than the free customization on PC.

Not enough champions yet

Riot has officially announced that there are about 40 champions (from the champions present in the game) who will debut with League of Legends Wild Rift – this is a very small number compared to the PC version.

With a section of League of Legends gamers in particular and PCs in general, they always discriminate against mobile games and consider them to be something “inferior” than PC.

And with League of Legends: Wild Rift, the situation might not be better. Some gamers also think that if this game succeeds, it is likely that Riot Games will abandon the League of Legends to care for this new game.

This is not unreasonable as the mobile market has grown over the years, and the lucrative profits from mobile games have also multiplied, leading many to believe that new mobile games are the future. of the gaming industry because of its usability and ability.

After all, besides the eagerness and expectation of the community, there are still some complaints with League of Legends: Wild Rift. But we can know later when there are always two sides to the problem, and we have to wait until League of Legends Wild Rift has launched to know the side.