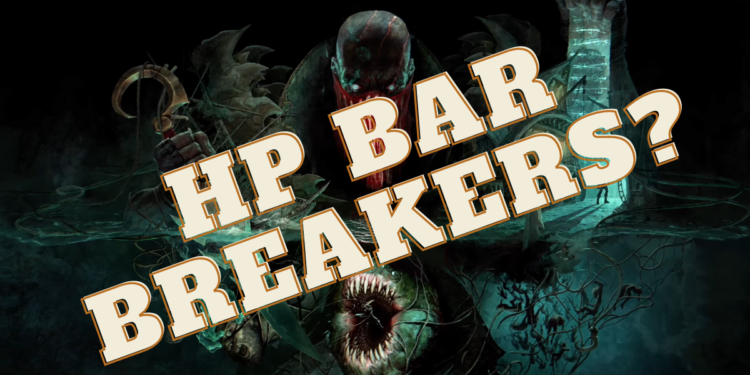 In League of Legends, the ability to finish off an enemy at a certain HP, which is only exist in a few champions that can do lots of damage in a blow.

Starting off for this list we cannot help but mention the Noxian Empire’s fearsome “flesh cutter” – Darius. He possesses a powerful ultimate with the ability to finish off enemies and a mechanism to increase damage if he accumulates 5 stacks from his passive. With his ultimate Noxus Guillotine, Darius can uses it to finish off enemies in a way that can’t be more cruel with his massive true damage.

With the instant cooldown mechanism that whenever Darius kills an enemie, Darius can create a one-way teamfight by applying a hemorrhagic effect on all enemies and taking them down one by one with his ultimate. However, Darius’s ultimate also needs a lot of calculation and sophistication of the player to be able to finish the enemy at the right level of HP, avoiding the situation where cooldown will not be refreshed if you cannot finish the enemy.

Cho’Gath has long been remembered for the toughness of a tanker with remarkable healing power. For a few seasons, he has always been a terror and a nightmare for most lanes when he has a huge amount of stamina and a lot of damage.

The more Stacks of Feast, the Void monster increases in size and bonus damage to his ultimate. If before, the player had to caculate the damage Cho’Gath so that he could finish off the enemy, in recent years it has become a lot easier when Riot added a visual mechanic, which shows the amount of health will definitely finish off the enemy. This makes perfect sense because tanker champions do not usually calculate too well as mid lane assasins or ADCs.

There was a time when League of Legends appeared to say “if your team has both Kalista and Cho’Gath, Dragon and Baron will definitely belong to you”, showing the ability to finish off the opponent, even a Baron of 15,000 HP for these 2 skills.

Does not possess a mechanism that can display to definitely kill an opponent if they has enough spears in their body. Riot requires players Kalista to calculate the correct amount of damage and also rely on a little luck. When the enemy receives the required amount of spears, they will be instantly finished by Kalista with her Rend. However, despite possessing such a very powerful mechanism, this is an extremely difficult general to play when you have to calculate exactly the number of spears needed to defeat the enemy, otherwise you will lose the most powerful tool in the fight.

Coming to a charming and enchanting but extremely deadly jungler, Evelynn is the next name that possesses a skill that not only ends one but many targets if they are in low health condition. Luckily Riot’s grant of the kill threshold display mechanism similar to Cho’Gath Evelynn player would make it easy to determine which prey was in danger if her ultimate was up and ready.

Not only that, with a wide area, Evelynn can wait for the fight to break out with many enemies falling into low health to be able to defeat the most targets. In addition to the ability to finish off, the Last Caress also safely repels Evelynn back into the dark, allowing her to deal damage and retreat like a ghost and leave the opponent a grayscale screen.

Pyke – Death From Below

As a champion whose gameplay largely depends on his ultimate, Pyke also has similarities with Darius when he possesses a “branded” ultimate in League of Legends. Not to mention the intrinsic sharing of bonuses for teammates with 300 gold per kill. Pyke is also known as a Support whose gameplay is much more bloodthirsty than other champions.

With his ultimate, when the enemy returns to a certain health threshold, their health bar will have a visual identifier so Pyke can immediately seize the opportunity without having to calculate too much. Besides, unlike other skills, Pyke players simply be ahead with Lethal items to finish the enemy at ½ health without stacking like Cho’Gath or Darius. Because of possessing so many outstanding points, Pyke is one of the terrifying supports with the ability to snowball the match quickly, especially in the early game.

Urgot – Ace In The Hole

As a champion attached to the image of a moving castle, The Dreadnought’s skill set, especially his ultimate, also has a mechanism to kill off the annoying and deadly enemy just like his own appearance. When the opponent falls into the death HP level and Urgot’s ultimate is still unused, Urgot players will also see the same visual display mechanism as Pyke and Cho’Gath’s ultimate.

But neither a target selection skill nor a deadly X-shaped area like Pyke, but Death Drill is an arrow-like skill with a pretty fast flight speed. This also inadvertently makes Urgot’s ultimate very hard to hit, especially over long distances. However, if you are chained by Urgot at a low health threshold, you will be tortured by him with a screen that is not only gray but also has chains surrounding it.

Even though he is just a tiny yordle with a cane, the amount of magic damage he can do to you is immeasurable. With the mechanism of accumulating AP every time he hits or kills enemy minions and champions, he can store an average of 100 to 200 bonus magic damage per match.

That also means that if you leave him uncontrollably strong in the laning phase, you will definitely get tons of damage on you with one ultimate target. Although it does not possess a death visual display mechanism like the aforementioned skills, Veigar’s massive burst of damage is more than enough to send any enemy off to the fountain at 25% of your HP bar.

Compare with the same level of current assassins, you will have to put together a set of combos to be able to kill or draw the target’s HP, but with Kha’zix it is different. He is one of the rare generals possessing unique moves that can double the damage dealt when the enemy goes alone or separately from soldiers and comrades.

When the enemy is present with an isolated mark on the person, even if they have enough blood, a pale Kha’zix is still more than capable of being able to finish them off in a short time. Meanwhile, if the amount of enemy blood is not much, just a Q with in-house attachment plus key gems and equipped with Pirate Guns is enough to make the opponent quietly watch the match with a gray screen.

Perhaps we have mentioned too much about the Requiem but it would be a great omission if we did not mention it in this article. With an all-map mechanism, Karthus can deal damage to all 5 enemies at anytime and anywhere in the match as long as his ultimate is ready.

Although simple to activate, the complicated thing is that you have to choose the right time to be able to finish off the opponent if the opponent has a Zhonya’s Hourglass or is a tanker which is too sturdy. However, if Karthus is too strong compare to the enemies, this is no different from a death sentence that always hangs over their heads and once the enemy is close to their last breath, Karthus simply uses the R button to convict the ill-fated victims.