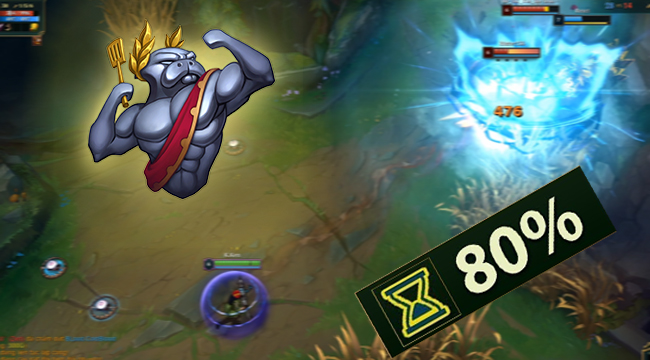 URF with ban/pick has just arrived in every sever, today we will discuss about top worth playing champions.

This time, URF let players to ban and pick Champions, not Random as usual. This is the most exciting mode ever of League of Legend and also the mode that destroyed most of the keyboard in the world (because of spamming skills). With players who tired of climbing rank, this is a great way to relax and play for fun. Now lets start.

First of all is Kai’sa, with 80% cooldown reduction, she can spam W in order to poke enemy really hard in every stage of a match. After that, with good timing, she can dive in and make fire rain with Q then disappear with E like John Cena. YOU CAN’T SEE ME!!!

Because in URF, Kai’sa will make use of her skills, so that you should build AP for her. Nashor’s Tooth and Hextech Gunblade give Kai’sa a good amount of ATK speed and lifesteal, this help her to solo kills more easily in late game.

Jax will be a difficult choice at early game because he will take in huge amount of damage from Range champions. But at late game, Jax will be more tanky and be able to solo kill every enemy with Skills that almost 0 cooldown.

The build above gives Jax a lot of damage in AA. Beside, more AP Jax has, more Magic Resistance he will have from R, so that he will not be killed by 1 or 2 AP skills from enemy.

Wukong has just been reworked, with ability of mobility and stack damage from his clone. This champion became a hot pick in URF mode.

About build, you should build Lethality for Wukong. With ability of making many clones, he could mess up enemy formation with R and clones and deal tons of damage. And one more thing, Wukong can use a new W (Warrior Trickster) right after the last end, this is a pretty fun game to troll and bait enemy.

Zed is a champion that has a fancy play style. When come in URF, he and his Shadow Clones can tumble enemy while deal a lot of damage. So that, Zed is a real terror of this mode.

Of course, to make use of this champion, players must build Lethality and have a lot of experience playing this champion due to his complexity skills.

Sett is a little new to this mode, despite of that, The Boss keeps up with other champions really quick. You can easily bring him into URF then blow off enemies. With Skills that give speed and shield, also deal lot of True damage, Sett can open a combat in every area on the map. I recommend you to build him damage with Lethality, then just spam Q W Q W ulti enemies are blown up.