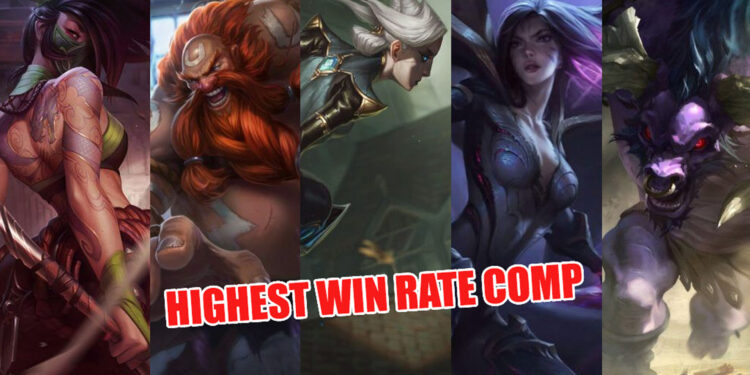 Esports Wild Rift is being held in the Summer Season of the SEA Icon Series and now we can get a better feel for which Meta and which champion should be the first choice to pick.

Kaisaya, the shout caster and all-round analyst for League of Legends: Wild Rift, recently shared some stats about these 5 particular champions that played such a big role in team victories at professional tournament like SEA Icon Series and here’s why:

Akali is a favorite choice in the professional tournament, especially to be placed on Baron lane. Her large burst damage makes her very important in assassinating the opponents’ carry and escaping the team fight. This allows Akali to play the lane alone. Akali’s ultimate skill, Perfect Execution, is also very useful in ganking, while Twilight Shroud gives her high escape abilities. The only problem with using Akali is that you may never be able to have her as she is one of the most banned champions in the game.

Not just a tank, Gragas also has massive AoE damage. He can be used to start a team fight with Body Slam, or to escape from battle and repel enemies with Explosive Cask. Gragas’s high win rate in the professional tournament also plays a role in Meta games.

Gragas is a very flexible champion because it can be played on the mid lane, Baron lane, or as a tanky jungler. His presence is also very important in determining the strategy in the draft pick, because the team can use it as a flexible choice.

In previous Meta Wild Rift, Camille was used as a direct counter for other champions such as Olaf, but now she has quickly become one of the most popular jungler choices. Her natural skills have made her a good choice for team fights and small battles, especially as an initiator because of her engaging skill.

Camille’s Hextech Ultimatum skill has also made her one of the best setters in the game. Not to mention with some of her burst damage, this is often a skill that makes him successful in winning big team fights and leads to victory.

Kai’Sa is currently the champion with a 100% pick rate in the Philippines’ Preseason SEA Icon Series, making her the most picked ADC in the league. Kai’Sa is known as a late game champion, but she can be very devastated after her first upgraded skill, Icathian Rain.

One of the most important things about playing Kai’Sa is making sure she can level up really fast. The best thing is to pair her with a tanky Support, like …

Alistar remains one of the best support champions in the game. His passive, Triumphant Roar, can provide a lot of advantage to himself and his teammates, and make him a great bodyguard for the ADC.

Alistar’s ultimate, Unbreakable Will, allows him to take massive amounts of damage from the enemy, enough to withstand turret attacks that other champions of the same level would not be able to do. Also, his kit is perfect for providing heavy CC to the team.