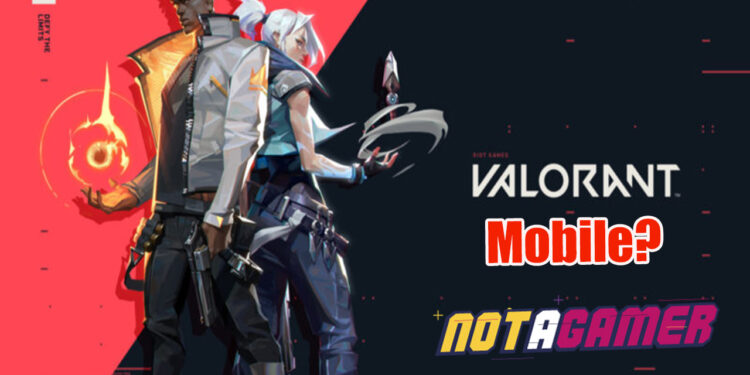 Riot Games’ popular FPS game Valorant is likely to be available on iOS and Android soon, according to the latest 1.08 patch notes.

The heat, the topics, even the transfers and the tournaments about the new FPS game of Riot Games – Valorant are flooding everywhere. Valorant deserves to be a new wind for FPS-Hero fans. Fully converging elements of the tactical shooter game, Valorant will surely become an eSports monument when it is available in all regions. The game is growing with a wave of follow-ups on Twitch’s streaming platform.

In April, a player found the evidence proving the existence of the Valorant Mobile project. This person was playing Valorant on his laptop in tablet mode, but the game’s display showed the same controls as other mobile shooters. This gamer then tried a few practice matches to see if this system worked or not and surprisingly these touch controls were functioning.

Recently, gamers who looking forward to Valorant Mobile are more excited when a code appears in the Mobile interface leaked.

“Action to perform when double tapping on right-hand side of screen.”

According to SkillCapped on Twitter, the series of mobile UI codes are found in the game’s files. This is the command line familiar to other FPS mobile games. The command line describes a feature in the UI that popular games like Call of Duty: Mobile and PUBG: Mobile also use. If Valorant comes to iOS and Android, this also opens up a Console release that will be available in the future.

This is good news for gamers who love Valorant but want to play this game on mobile devices. It is not surprising that Riot Games announces the Valorant test schedule for Android and iOS devices, which many projects such as PUBG, Fortnite or CrossFire have successfully done.