Vex can travel from base to base with her Ult 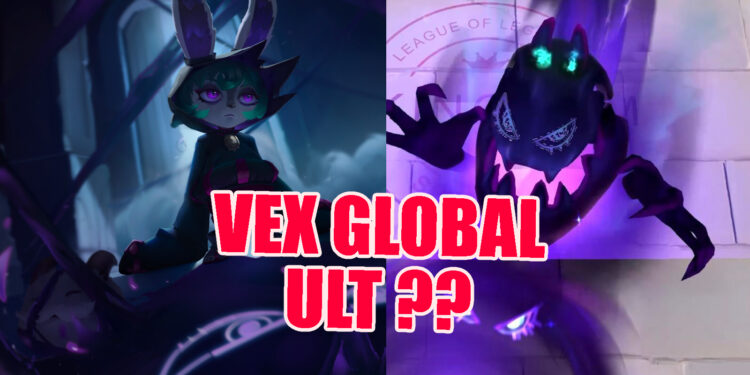 Players are already discovering many interesting interactions on the PBE server as Vex prepares to enter Summoner’s Rift, and one of the many interactions involves her travelling across the map.

In a genuine ranked or even professional game, one of the most enjoyable encounters thus far might also be the most hazardous. If Vex’s ultimate, Shadow Surge, is used at the correct time, it will be able to travel across the map, from base to base. This was first uploaded on Vandiril’s Youtube channel when he discovered a technique to have Vex move across the map after striking Shadow Surge.

Vex can travel across the map by using her R

To pull the trick, players just simply need to strike the enemy with Shadow Surge while they are recalling or using teleport. They will be able to follow along if Shadow Surge hits and she reactivates the ability at the perfect time. Given Vex‘s slow speed when charging foes with her ultimate, this long-range tactic may even allow the enemy to teleport away, dragging her behind it.

It is also noticeable that this interaction is pretty much similar to Akali’s E, whereas she can use her ability E to dash globally, from base to base, across the map.

This might likely occur in an actual game, resulting in a very hilarious interaction, just as Akali does. Vex, for example, is likely to charge towards an adversary who is attempting to use Teleport and follow them. This could either be an amazing outplay for Vex or a complete disaster.

It’s unclear whether Riot will take anything in response to this interaction, so for the time being, she appears to be capable of doing the same stun as Akali. If modified, Riot will most likely make Shadow Surge cancel recalls and summoner spells more efficiently.