VFX update and ARCANE skins are coming for Jinx and Jayce 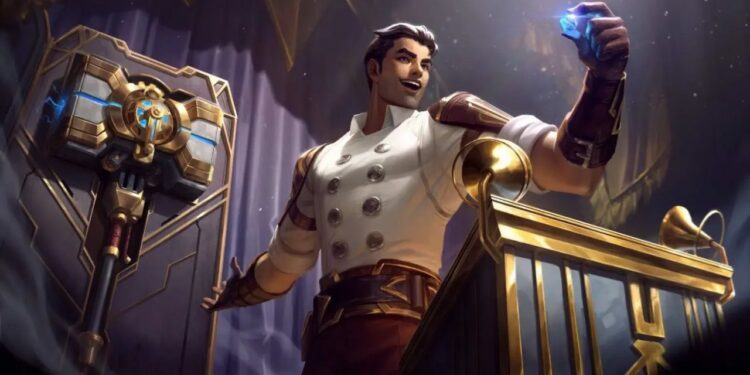 Jinx and Jayce are getting new Arcane-themed skins, as well as a significant VFX upgrade that clarifies and refines their character models and abilities.

More VFX updates are coming to League of Legends.

Riot has enhanced Jinx and Jayce’s animations and visual effects as the debut date of League’s new anime Netflix series Arcane approaches. While the developer has frequently adjusted abilities, it appears that this update is purely cosmetic.

Jinx and Jayce both have pivotal parts in the new Netflix program, and with the emphasis squarely on them, now is an excellent opportunity to give the almost decade-old characters a VFX makeover.

Jinx is receiving an upgrade that will increase the visual quality of her moves. As shown above, her ultimate ability ‘Super Mega Death Rocket!’ now has a greater blast upon contact, as well as a larger rocket — making it easier to notice.

Jinx’s W move, ‘Zap!,’ now has a clearer visual representation, with an indication highlighting the ability’s hit-box beneath it.

Her E ability, ‘Flame Chompers!’ has also been changed to make it easier to read. They will now have visible blue circles beneath them to indicate where foes can be rooted by them.

The following Jinx skins will receive a visual update:

His Q ability, ‘Shock Blast,’ gets a larger and crisper animation in Mercury Cannon form, as well as a new animation for the lightning around the weapon.

Mercury Hammer, his melee form, has new effects as well. When his Q ability, ‘To The Skies!,’ lands on its target, it produces a larger electric explosion.

Jayce’s skins that will undergo significant alterations are as follows:

The new Arcane skins are scheduled to be released on November 2. Jayce, Jinx, Vi, and Caitlyn are among the characters getting new skins.

There hasn’t been an official release date established for the VFX upgrade for Jayce and Jinx. It’s conceivable that it’ll be published alongside the Arcane skins, but nothing has been confirmed.

Riot has been delivering VFX upgrades for its older champions on a regular basis, and the timing of Jinx and Jayce’s improvements should coincide well with Arcane’s Netflix launch.