Was the Reworked Udyr actually a success? 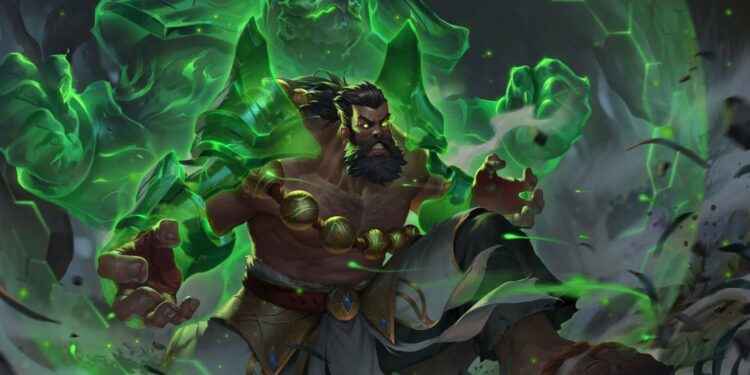 While everyone is chatting upon the Reworked Udyr, the stats tell a whole different story

On August 9, League of Legends unveiled the Udyr rework for the PBE servers. This is one of the most widely anticipated reworks that fans have been wanting for a long time. Fans were anxious to try out the new Spirit Walker as soon as he made his official debut in Patch 12.16.

The experience, on the other hand, was not what everybody expected.

Poor stats result in a hotfix buff after his debut

Riot Ray Yonggi, a gameplay analyst, was in the Udyr mains Discord channel, actively working with the people who are familiar with one of League’s most one-trick champions. This is when he informed the champion of future changes.

These changes reflect a wish to limit the viability of Udyr’s many playstyles, which constitute a unique, one-of-a-kind feature.

Tank builds are in a good position for the time being, but reworks are generally a big struggle, resulting in an abnormally low win rate on release.

According to League statistics OP.GG, Reworked Udyr is currently sitting at one of the lowest win rate in the jungle position, 43.27%, although his pick and ban rate are relatively high, 7.56% and 16.78%, respectively.

Will not be available at Worlds 2022

On Twitter, Greg “Gurg7” Adler, a Riot Games and LCS league organizer, announced that the new Udyr “will not be available for selection at Worlds.”

Despite the fact that Udyr will not be activated during the event, Riot has previously employed a similar strategy. A champion unable to compete in the summer playoffs will also be unable to compete in Worlds. With the LCK and LPL seasons coming to a finish, there simply wasn’t enough time to activate him.

Besides those obvious reasons, the champion also sees bug to the item Tear of the Goddess as it stops his empowered auto attacks from stacking the item appropriately.

Given the complexities of these connections, these changes will most likely be made in future patches, as his disappearance will have no effect on Worlds.

Besides that, fans are still satisfied with the whole aesthetics, in-game model, and concepts of the champion. Although the stats doesn’t think so, players are still pleased with the rework and felt a little down when they heard the news of him being disabled at this year’s World.