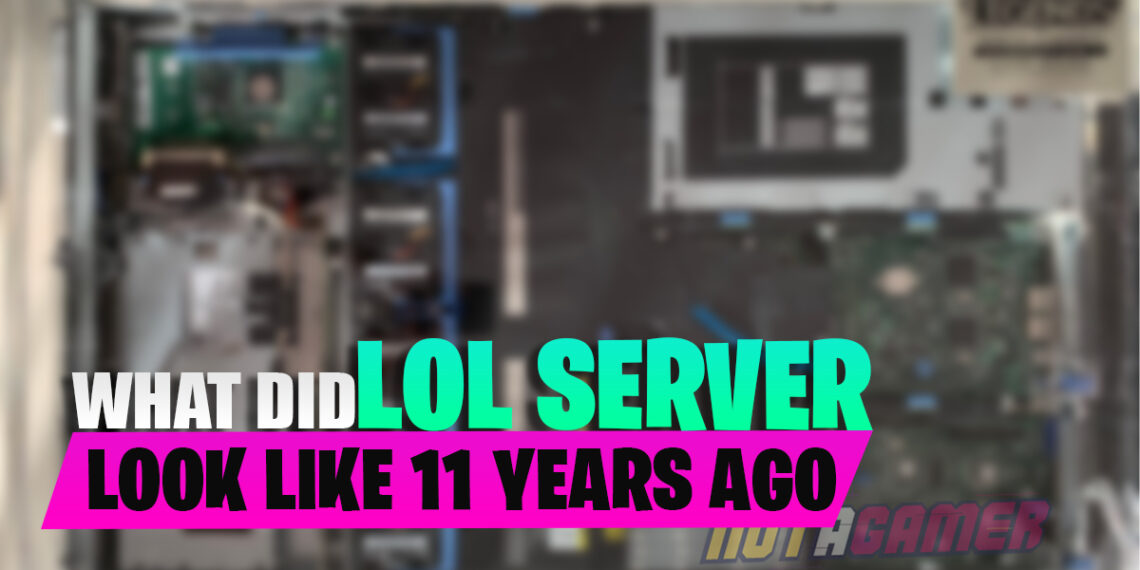 A guy received the first version of League of Legends game server couple days ago:

Eleven years seems to be a very long period of the game industry. In the mean time, improvements, upgrades and something so-called “better graphics” have already changed the way we play a game. As an example for Age of Empires series, it took them almost a decade to change the entire background and many other things such as strategy, appearance, soldier units, etc.

League of Legends has also taken part in by replacing their own server from the beginning till now. It has been 11 years since the first version of LoL released in North America in 2009 approximately. We can find everything about the past versions of the game on the Internet, eBay and so on. But, the truth is, you guys can never find such a cool and impressive “artifact” of League and Legends which is called “the first game server”.

There was a very lucky guy when he received the real engine of the first LoL server couple days ago in a postal which was sent right into his house.

For the majority of gamers, when we mention the term “League of Legends server”, we will think of big areas, countries like Korea, China, Vietnam, North America, Western Europe … A bit more detailed, the characteristics of such servers like in Vietnam, they like to fight, in Korea, they play extremely tryhard or Chinese servers have a higher level of severity when sanctioning, for example.

However, we forget that in order for a server to work, a system of hardware devices is required. Recently, a gamer had the opportunity to hold a part of Riot Games history – the first generation server of League of Legends thanks to a charity auction program to raise funds against the pandemic.

And this is what he said about the amazing thing he got from the Riot:

As you all know, Riot Games has raised funds to help combat the pandemic through Riot’s Social Impact Fund. They raise money by auctioning some electronic components and collectibles like this one. So if you ever wondered what a League server would look like? Then this is one of the first servers. After having created so much fun it is now on my table. Ingredients included:

League of Legends players are always joking and their comments ask the “owner” to return the server to Riot Games to make the game run as smoothly as possible. Perhaps the loss of connectivity, lag or countless bugs on the LMHT client makes people lose confidence in the current server and remember about the game, though primitive but at least running smoothly?

Despite being one of the gaming giants, at the time of 2009-2010, Riot Games was still a small business along with unknown developers. There was even a time when they had to … Valve (the father of DOTA2) to release League of Legends on the Steam online gaming system for gamers to access this game.

That’s why the first server game of League of Legends looks like the word “Song Dynasty” came out like that. Looking back at such difficult beginnings, you can see how far LoL has come to achieve the present success.

Many of us may still remember the first intro trailer that was made 10 years ago, old but gold… classic:

Generally, sometimes the past can be more awesome than the present in some parts. As long as you keep looking back to the previous versions, you shall discover many exciting features about the game and its “historical momentos” through 11 years.