What happens when League runs out of SKINS to give you? 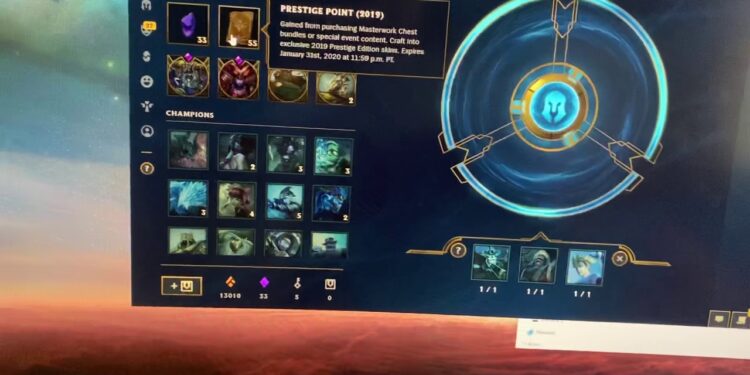 For the past few weeks, a video has gone viral thanks to youtube algorithm. A year old video without any views since release now got it 1.5 million views within a month. In this video, a league of legends player name “I Died You Lost” (now is “BoomerPlusUltra”) showed us what happpend when league run out of skins for you to reroll.

Basically, this guy own every single skins except prestigious and hextech skins, the “reroll” skins system will always give you the skins that you have not own yet. He just keep rerolling all the skin shards and the reward will always the skins he still not own.

Only hextech and prestigious skins were rewarded, if this ever happened to me, i would be the luckiest man alive.

Here is the original video:

In the end, when he had no more skins to earn, the reroll system still have to go on, it gave him a random skins. I did expect some kind of congratulation for completing League from Riot.